Badia Spices bought a warehouse in Sweetwater for $44 million. The spices and herbs manufacturer paid about $141 a square foot for the 313,000-square-foot building at 2200 Northwest 112th Avenue in Dolphin Commerce Park, according to a press release. It is the largest warehouse sale by both size and price to a user-occupier in South Florida in the past four years, according to Newmark, which brokered the deal. Newmark’s Steve Medwin and Nick Wigoda represented Badia, according to the release. Tech Data, a publicly traded IT products and services distributor based in Clearwater, sold the warehouse. The Class A industrial building was completed in 2002 and sits on nearly 16 acres, according to the release. Tech Data, led by Rich Hume, acquired the building in 2017 as part of a $156 million deal to buy six properties it leased from SunTrust Bank, including its headquarters, according to documents filed with the U.S. Securities and Exchange Commission. The documents did not break down the value of each building. The other properties were in Texas, California, Georgia, New Jersey and Indiana. Badia Spices manufactures, packages and distributes spices, seasoning blends, marinades, sauces, teas, health items and other products to more than 70 countries around the world, according to the release. The company is led by Joseph “Pepe” Badia.   Source:  The Real Deal

Get the latest industry news and information from CRE-sources delivered right to your email inbox! And we promise…no more than one email each morning. 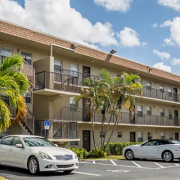