Berger Commercial Realty Senior Vice President Steve Hyatt represented Alco International Group, LLC, Driftwood Hospitality Management and Eurobuilding Hotels Group in the $3.6 million purchase of 1.75 acres of land at 350 E. State Road 84 in Fort Lauderdale from Sailorman Properties II, LLC, represented by Ryan Mueller of RJM Realty.
The transaction closed on October 20.
The site currently houses the Sailorman store, a retailer of marine gear and accessories. Sailorman is relocating the store to a nearby facility. The property is slated for hotel development.
In conjunction with Driftwood Hospitality Management, a provider of hotel operation services, and the Venezuelan Eurobuilding Hotels Group, which opened its first U.S. hotel with Alco International Group just north of Miami International Airport in 2013, Alco International Group will break ground on the project in 2017 with plans for completion in 2019.
Situated on the south side of State Road 84, just one block west of Federal Highway, the property is two miles from Fort Lauderdale / Hollywood International Airport and less than one mile from Port Everglades. With 366 feet of frontage on State Road 84, the property is visible to a traffic count of more than 50,000 vehicles per day.

“Alco International Group recognized the value of the property’s close proximity to Port Everglades and Fort Lauderdale / Hollywood International Airport, both of which are experiencing significant growth in domestic and international passenger travel,” Hyatt said. “It’s an ideal spot for a new hotel.”

The Sailorman site is the second property that Hyatt has sold to Alco International Group in recent years. In 2012, he brokered the $1.8 million sale of a waterfront site on the Intracoastal, which the company developed into Adagio on the Bay, a boutique-style condominium consisting of 12 luxury residences starting at $1.6 million each.
Following Adagio on the Bay’s completion in April 2015, Alco International Group broke ground on its next residential property, Adagio Fort Lauderdale Beach, a 31-unit luxury project on the Intracoastal Waterway with units ranging in price from $1.8 million to $4.7 million for penthouses. Adagio Fort Lauderdale Beach is slated for completion in 2019.

New Plans For One Of Fort Lauderdale's Oldest Bars 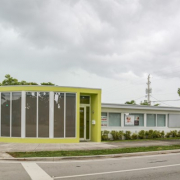 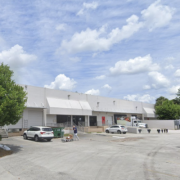