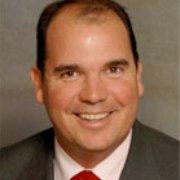 Veteran commercial real estate broker William H. Holly, who encountered financial setbacks during a stint as a developer, has filed for Chapter 7 bankruptcy.
Holly returned to Cushman & Wakefield after several years with his own company. His bankruptcy petition, filed Feb. 10, declares specific debt of $3.2 million and a number of other debts listed as “amount unknown.”
In a prepared statement, Holly said, “The real estate collapse in South Florida impacted a number of businesses and individuals. After trying earnestly to work out the differences, I was unable to reach an agreement and this was the only viable option remaining.”
Most of the debt on the bankrupty filing is $2.85 million owed to ACG-Miami Green LLC, a company related to the development of Holly’s signature office building called Miami Green. The filing also shows some credit card debt and a $190,000 judgment from Capital Bank.
Foreclosures on projects that Holly was involved in included:
• In April 2010, lender iStar Tara won a $38.9 million foreclosure judgment against him and Miami Green Tower I over the 120,000-square-foot Miami Green, at 3140 S.W. 38th Ave.
• In October 2010, 1st United Bank named him in a foreclosure lawsuit targeting the 25,593-square-foot building at 2900 S.W. 28th Terrace, which is just off U.S. 1 in Coconut Grove.
• In May 2011, Holly and Tower Power One lost a $1.7 million foreclosure judgment to TransCapital Bank over nine residential condos at Keystone in Coconut Grove.
Holly began his career at the Codina Bush Group, and was a director at Cushman & Wakefield before establishing the Miami office of Insignia/ESG and, eventually, Holly Real Estate, before returning to Cushman & Wakefield last March.
Source:  SFBJ