Butters Construction & Development, working with Florida’s retirement fund and L&B Realty Advisors , is redeveloping a Medley site into a 45-acre business park northwest of Miami International Airport.
L&B, which hired Butters Construction & Development to build it, is working on behalf of its client, the agency that administers Florida’s retirement fund, according to public records. The fund paid $23 million for the site at 7500 N.W. 82nd Place, which includes a lake that was partially filled for the project.
The Airport North Industrial Park project is a creative solution that results in a developable site in Miami-Dade County, where the amount of available land is shrinking amid growing demand for warehouse and distribution space. Pricing for the few remaining sites is on the rise.
Construction on the 917,000-square-foot project is expected to begin by mid-2013.
Butters Construction & Development is not only the contractor, but it was the source of the vision for the development plan and worked with the sellers to address challenges including the lake fill project. Butters also hired CBRE’s Christian Lee, who brought L&B to the deal and helped execute the sale.
Adam Vaisman, Butters director of acquisitions, said it was one of the most challenging deals he has done for several reasons, including the fact that one of the sellers was in foreclosure. Butters also had to make sure the fill was finished, and that county environmental officials had approved it and other related issues prior to closing. 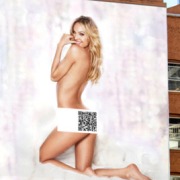