China Grill, which has been one of South Beach’s landmark restaurants since 1995, is closing its doors on Saturday, April 28 in preparation for a move to Brickell Avenue later this year.
The owner, Jeffrey Chodorow, signed a lease on Friday for a new location at 801 Brickell Avenue, which will open during the fall or just before the winter holidays.
The South Beach location of China Grill was part of what lead the revival of Miami Beach’s South of Fifth neighborhood. The restaurant’s lighted tower became an architectural icon and the restaurant was considered a destination for the hip and famous. But over the years competition in Miami’s culinary scene has increased and China Grill lost some of its luster.
China Grill’s possible move had been anticipated for more than a year and the company had first considered moving to Midtown Miami.
The new 15,000-square-foot China Grill at 801 Brickell Ave. will be a three-level restaurant with elevated ceilings and a covered outdoor dining garden and bar. Designed by New York’s ICRAVE Studio in association with Miami based Arquitectonica, the new Brickell restaurant is part of an effort to refresh the brand which this year will celebrate the 25th anniversary of its flagship New York opening.
China Grill has locations in Fort Lauderdale, Las Vegas, New York, and Mexico City.
Source: Miami Herald 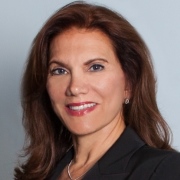