At Tamarac-based City Furniture, the global recession is beginning to fade further and further into the rearview mirror.
The privately-held company on Monday announced a $17.5 million expansion that will double the size of its most profitable store and add three new South Florida locations.
“It is a good time for us,” said company president Keith Koenig. “Like many other businesses, we put some projects on the back burner while the marketplace was tightening up.’’ The 800-employee company saw a small increase last year; growth continued throughout this year, he said.
City Furniture’s Dadeland-area store— its most profitable — is set to undergo a $3.5 million renovation and expansion over the next six months, doubling the size of the showroom to about 30,000 square feet. During construction, the store — which sells a wide range of bedroom sets, dining rooms and outdoor furniture, most at value-oriented prices — will operate out of a nearby space at 9205 S. Dixie Highway in Pinecrest.
Farther South, the company is adding a 56,000-square-foot $7-million City Furniture store in Cutler Bay. In Fort Lauderdale and West Palm Beach, the company will add two Ashley Furniture HomeStore branches, an additional $7 million investment.
The expansion at City Furniture reflects a broader rebound in the home furnishing retail market, where business tanked along with the real estate market during the housing collapse.
Now, as home sales rise and consumers ease back into making large purchases, some furniture stores are seeing a sizeable bump.
Pompano Beach-based Baer’s Furniture is adding a 15th location in South Miami-Dade next year and Miami-based El Dorado has also expanded recently. Some companies have struggled, however. Coconut Creek-based Carl’s Furniture entered Chapter 11 restructuring earlier this year, and has had to downsize its operation.
According to Richmond, Va.-based investment advisor firm Mann, Armistead & Epperson, the home furnishing industry is forecast to grow 5.5 percent this year and continuing expanding into next year. A recent report by trade publication Furniture Today found that one third of U.S. households planned to buy furniture this year.
After watching revenue drop 40 percent between the 2006 peak and 2009, City Furniture has begun to see sales and foot traffic begin to rise again, Koenig said.
Part of the increase is linked to the locaal housing market, which is is seeing more sales, even though real estate prices remain depressed. Whether homes are sold for $100,000 or $300,000, buyers still need furniture, so the buying spree for low-priced homes is helping boost bottom lines for furniture stores.
Like the real estate market, a growing number of furniture buyers are from outside the country, many looking to furnish newly bought condos, Koenig said. He has noticed a growing number of furniture deliveries going to new condo units, with buyers from Eastern Europe, Canada and Latin America settling in.
The troubled housing market is also encouraging underwater homeowners to spend more upgrading their homes, since the prospect of selling in this market is not attractive.
“People are saying, ‘We’re not moving anywhere. Honey, it’s time to fix up the living room, or change the bedroom set,’” said Koenig. “Sooner or later, Mama’s going to want a new sofa.”
Revenue at the company’s 14 City Furniture locations and nine Ashley Furniture HomeStores is on track to reach about $230 million this year, Koenig said, up from 2009 but not yet back to boom-era levels.
The expansion will add at least 75 permanent jobs and hundreds of temporary construction positions.
Source: Miami Herald 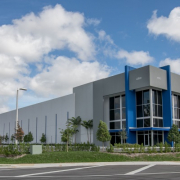