Commercial real estate broker Ronald Schagrin met Georgina Dieter Dennis when she had retired to Fort Lauderdale following a glittering career as a singer and vaudeville entertainer. Today Schagrin and Elias Porras are officers of a foundation that keeps Ms. Dennis’ name alive by supporting aspiring singers.
Schagrin and Porras, brokers with Colliers International South Florida, say this is their way of giving back to the community that has been good to them. The colleagues, who are based in Colliers’ Fort Lauderdale office, have been handling commercial, retail, and industrial sales and leases in South Florida for more than 25 years.
Schagrin’s volunteer activities extend to Gilda’s Club South (named for the late Gilda Radner) where he was a founder and also served as board chair. Gilda’s Club is an organization that benefits men, woman and children whose lives have been touched by cancer.

Heather Coltman, DMA, Dean of the Dorothy F. Schmidt College of Arts and Letters at Florida Atlantic University, accepted a check for $50,000 for its scholarship program from Ronald A. Schagrin, chairman, and Elias Porras, secretary, of the Georgina Dieter Dennis Foundation.

About Georgina Dieter Dennis
Georgina Dieter Dennis (1913-2006) was just 12 years old when she won the New York Music Week Association Junior Bronze Medal. A scholarship to the Institute of Musical Arts of the Juilliard Foundation led to a long career, starting with her debut at New York’s Town Hall in 1937. Ms. Dennis performed in all 48 states during World War II and appeared for the USO with James Victor’s band.
When she was in her nineties, Ms. Dennis, grateful for the early voice training she had received, set up her foundation to provide scholarships to aspiring singers who are Florida residents attending Florida colleges or universities. Florida Atlantic University and the University of Miami music programs qualified for this year’s scholarship grants.
Schagrin and Porras, who had met her socially, volunteered to help Ms. Dennis set up the foundation and, following her death in 2006, committed to administer its work by handing out scholarships to eligible vocal music programs at Florida universities. The funds disbursed are then administered by the host schools.
Share and Enjoy: 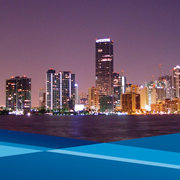 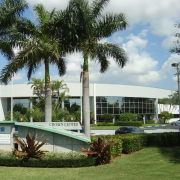 Study: South Florida Market Improving Across The Board