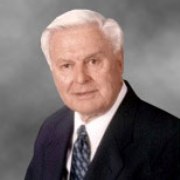 James B. Pirtle, a longtime construction company owner in South Florida, died. He was 84.
Pirtle, who began working in the construction industry in 1947, died Tuesday from natural causes, according to a family spokesman. and was involved in numerous charitable organizations, including United Way, March of Dimes, American Red Cross and the American Cancer Society.
A native of Donelson, Tennessee, Pirtle moved to South Florida in 1956 and started building schools for Miami-Dade County Public Schools, according to a biography on the company’s website. In 1968, Pirtle and two partners launched Pirtle, Brewer and Clark Construction Co. Three years later, Pirtle acquired full ownership and changed its name to James B. Pirtle Construction Co. Inc.
Pirtle Construction currently provides construction management and design-build services for commercial projects, including educational, municipal, health-care and office buildings. The company has offices in Miami-Dade, Broward, Palm Beach and Orange counties.
One of his most recent accomplishments is the new Young at Art Museum in Davie, Florida.  The museum was awarded LEED Gold certification by the U.S. Green Building Council (USGBC) in October.