Workers roam with laptops, meet on sofas and scribble on walls at Facebook’s new Silicon Valley headquarters, where rusted steel beams, exposed heating ducts and plywood-covered corridors are part of the decor.
The office campus in Menlo Park, California, was renovated for $250 million in a “hacker” style intended to express the culture of the world’s largest social-networking company.
“We wanted to keep honest, industrial materials and give the place its own eclectic look,” said Everett Katigbak, the Facebook designer overseeing the facility, as he showed off the first of 10 structures to be occupied at the 1 million-square- foot (93,000-square-meter) complex. About 2,000 workers relocated from the company’s former base, in nearby Palo Alto, last week.
Properties that can be rebuilt for Internet firms are in demand as the technology sector fuels office leasing in “gateway” U.S. cities, said Tyler Rose, chief financial officer for Kilroy Realty. The Los Angeles-based real estate investment trust along with closely held Shorenstein Properties and TMG Partners, both based in San Francisco, are among the companies capitalizing on the trend.
“Creative space” is outperforming other property types, said Dan Fasulo, managing director of Real Capital Analytics, citing a Moody’s Investors Service index of prime buildings in six major cities with tech sectors. The measure gained almost 33 percent from its low two years ago, more than double the 15 percent advance for the broader commercial property index.

“They’ve seen their value skyrocket,” Fasulo said of the properties tracked in Boston, Chicago, Los Angeles, New York, San Francisco and Washington. “A new generation of corporate leaders is looking at space-planning as a core part of business to increase productivity and keep people in the office. The old guard looked at it as an expense.”
New York’s Midtown South, Boston’s Back Bay and Seattle’s Lake Union are among the markets with “great tenant demand,” said Alan Billingsley, head of Americas research for Deutsche Bank AG’s RREEF property fund.
Most companies are “behind the curve” and don’t efficiently use their offices, with tech firms leading the way on transforming the use of stairways, corridors, nooks and kitchens as places where workers can meet on the fly, said Georgia Collins, North America managing director of DEGW, part of Aecom Technology, which consults on architecture and engineering projects.
“Now that we have mobile devices, we’re freed from the desk, which means we need more formal and informal spaces where we develop relationships and have conversations,” she said.

Nondescript buildings can acquire new luster if they’re laid out horizontally with tall ceilings and few interior walls, to maximize uninterrupted floor space, Rose said.
Markets with growing tech and energy sectors, led by San Francisco and Silicon Valley, accounted for 45 percent of U.S. office occupancy growth this year through Sept. 30, according to commercial brokerage Jones Lang LaSalle Denver and Austin, Texas, also are “rising” markets, while the overall national office outlook is “stagnant,” the firm said Oct. 4.
Some of technology’s biggest companies are moving into nontraditional properties. Google’s New York base is a block-square warehouse on Eighth Avenue in Midtown South, purchased by the company last year for $1.8 billion.
Twitter Inc., the messaging service with more than 100 million users, will move in the middle of next year to a furniture mart dating to the 1930s in San Francisco. The two- building property, acquired in March by Shorenstein, will be transformed into a “rich, urban campus,” according to the developer’s website.

Online gaming company Zynga, which raised $1 billion in an initial public offering last week, this year took more than half of a former wholesale fashion mart in San Francisco that was acquired and renovated by TMG.
Age and exterior appearance are less important than interiors that can be reconfigured as “funky space that young people want,” said John Guinee, an analyst who follows real estate investment trusts for Stifel Nicolaus & Co. in Baltimore. The return on cost for such projects is about 8 percent, compared with 7 percent for traditional office space, he said.
“It’s office with a twist, but fully office,” said Billingsley of RREEF, which bought the Facebook campus on behalf of the State of Wisconsin Investment Board in February. The seller of the 57-acre complex, completed in 1995 as the home of Sun Microsystems, was Oracle, which acquired Sun last year.

“Real estate developers think tenants want architecturally significant space on the outside, but they really want cool space on the inside, access to public transportation and open-space planning,” Guinee said. Open areas, rather than cubicles, encourage “cross-pollination” favored by tech, media and “knowledge-based” firms, said Chris Caton, a REIT analyst at Morgan Stanley in San Francisco.
Such properties also have their risks. High-flying tech companies can be perilous for landlords if their growth slows or they fail altogether, with single-tenant properties especially vulnerable to tech’s boom-and-bust cycles, Billingsley said. In Silicon Valley, building owners are always assessing the credit quality of startups, said Gregory Davies, a vice president at brokerage Cassidy Turley in San Jose, California.
“Startups and early-stage companies have a strong desire for creative-type space, but they pose the greatest risk because they’re not making money yet,” he said.

In San Francisco’s South of Market district, Kilroy has bought six buildings with a total of 2.1 million square feet since April 2010, said Rose, the company’s finance chief. Five of the properties are 97 percent leased on average, and the sixth is two-thirds empty, an advantage because “we can get the leasing upside,” he said.
Average office rents in the area, known as SOMA, climbed 25 percent to $41.88 a square foot in the third quarter from a year earlier, the biggest annual jump in 11 years, according to Jones Lang LaSalle. Rates rose 4.2 percent to $54.20 in New York, 2.6 percent to $26.75 in Austin, and 1.1 percent to $28.49 in Boston.
Kilroy returned 9.6 percent with dividends in the 12 months through Dec. 19, compared with a 6.1 percent gain for the Bloomberg REIT Index. Three buildings it purchased in San Francisco and one acquired in Seattle were completed with the intention of raising rents after renovating, Rose said.

“Cool spaces” will spread to U.S. cities outside major Internet hubs as tech-savvy workers across industries spend more time at work and conduct their lives from hand-held devices, said Peter Rummell, a developer in Jacksonville and chairman of the Urban Land Institute, a Washington-based trade group for investors, developers and planners.
At Facebook’s new campus, the office buildings are arranged along a narrow interior courtyard with a jumble of storefronts featuring food, medical, cleaning and other services for employees, all of them free, said Slater Tow, a company spokesman.
The complex has internal atriums to increase natural light, rows of white benches topped by 24-inch monitors and items brought in by employees, including a tiki bar, Charlie Sheen poster and Sarah Palin bobble-head.
The lively atmosphere may be needed because the campus, considered state of the art when occupied by Sun, sits in relative isolation between an expressway and San Francisco Bay salt ponds. Some people used to call it “Sun Quentin,” after the California state prison at San Quentin, about 50 miles north, said Davies of Cassidy Turley.
“It was way out there on the water, a big old thing that nobody was using,” he said.
That was then, this is now. As of last week, Facebook hopes its sprawling tech hub on Willow Road will be “cool space” again. It’s been rechristened 10 Hacker Way.
Source:  DBR 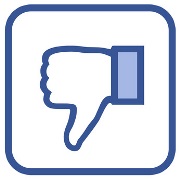 What CRE Pros Should Know About Recent Facebook Changes 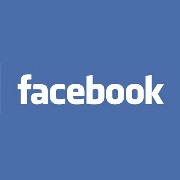