A joint venture between Gilbert Benhamou of Immocorp Capital and Matthieu Merchadou-Melki of Wynwood Fund purchased the Dade-Commonwealth Building, formerly known as the Meyer-Kiser Building, located at 139 Northeast 1st Street in Downtown Miami, from Titan Development Partners, LLC, a Florida limited liability company, for $9,200,000 or $212 per square foot.
The 7-story, 43,265-square-foot historic office building is situated on a 7,500-square-foot site.
The deal closed November 19.
At the height of Miami’s phenomenal boom in the 20’s, Meyer-Kiser Bank of Indiana financed this Classical Revival and later became its principal tenant.  In 1925, as the ten-story height restriction was removed from the city’s building code, several high-rise buildings started to go up, the seventeen-story Meyer-Kiser, today’s Dade-Commonwealth Building among them.  The steel frame was the newest technology, which made it possible for higher buildings with non-load-bearing walls to be constructed.  The bank still features a 32-ton magisterial stainless steel vault, which was said to be one of Al Capone’s safes.  The entire motif of the architecture of the bank faithfully follows Spanish atmosphere and design.
At the time of its original construction, the Meyer-Kiser Building was thought to be one of the sturdiest and most imposing structures in Downtown Miami. The building was said to be “another imposing monument to Miami’s progress and permanency.” However, the Great Miami Hurricane of 1926 reduced the Meyer-Kiser building to the most visible victims of the killer hurricane that shattered boom-time Miami. Damages in 1926 dollars were estimated at $105 million, which would be more than $164 billion in today’s dollars, making it the costliest storm in US history.

“We intend to revitalize this corner in the heart of Downtown Miami,” commented Benhamou.  “This is an iconic building that, once upon a time, was the tallest building in Downtown Miami.  We were seduced with the historical aspect and story of the Dade-Commonwealth Building.  It is comparable to a building in Paris, the Haussmannian Building, from the 1920s.  Dade Commonwealth’s original columns and modeling from the 1920s and the 32-ton vault make it a very special jewel that was hidden in the heart of Downtown.  Previous ownership did an amazing job keeping it intact.”

“The Commonwealth building possesses the integrity of design, craftsmanship and character,” added Melki.

The Wynwood Group intends to implement its motto, ‘Art of Transformation,’ and breathe new life into the historic gem.
Janet Crucet and Kristine Flook, previously of Cervera Real Estate, now with Urbanize Properties, along with Mika Mattingly of Sterling Commercial, represented the buyer in the transaction. The seller was represented by Ana Ventura of RE2000 Group, Inc.
Immocorp Capital CEO Gilbert Benhamou, with headquarters in Miami and offices in Paris and Madrid, is a real estate developer for the past two decades in South Florida.  The company’s development projects include luxury condominiums Grand Venetian Miami Beach and Uptown Marina loft Artech in Aventura, and Harbour Center, an office building in Aventura.
Wynwood Fund Florida, a sister company of Beekman Real Estate Investment Management (Beekman REIM), is headquartered in New York, with offices in India and throughout Europe and managed by Beekman Chairman and CEO Ariel Lahmi and Wynwood Fund manager Matthieu Merchadou-Melki.
Beekman REIM is an international real estate investment, development and property management firm with offices in New York City, Paris and Chennai, with a focus on condominium and retail development.
Immocorp Capital and Beekman REIM / Wynwood are currently working on additional acquisitions and developments in Miami, New York, Paris and Spain. 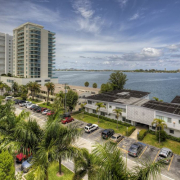 Israeli Businessman Moishe Mana Closes Out 2014 With A $7.6 Million Bang 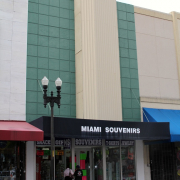 Mana Adds Another Property To Flagler Street Monopoly Board
0 replies