When it comes to industrial projects, the rules are pretty simple: Build near the regional airport and seaport, and those companies that move things or direct the moving of things will want to locate there.
Miami-Dade County’s developable land, which is already zoned and platted, is increasingly hard to find – which is both good and bad.
It’s good for those who own land, such as Prologis and Florida East Coast Industries, and bad for those who don’t because they either have to pay a premium for it, find a fixer-upper like Butters Construction & Development helped do for Liberty Trust, or move north.
Atlanta-based Industrial Developments International (IDI) is one of those dominant national players that helps set the rules. It is developing a prime location in Davie that is just west of both Fort Lauderdale-Hollywood International Airport and Port Everglades. Formerly home to the Palma Nova trailer park, the 42-acre site, at 3000 S.W. 60th Ave., is directly south of Interstate 595.
Approved for a total of 704,780 square feet, the project would be built out in two phases. IDI has pulled permits for the first phase, which consists of two buildings totaling 289,350 square feet. Site development is under way, but has not yet gone vertical, said David Quigley, planning and zoning manager for the town of Davie.
The IDI project is one of the largest currently under way in Broward County. It is comparable in size and quality to projects under development or planned in Miami-Dade.
Industry experts agree that the conversion of the trailer park was the type of creative, out-of-the-box thinking that is necessary as competition for land increases along with pricing. It’s the kind of move that will attract companies from Miami-Dade looking for cheaper lease rates and newer facilities that are close to major transportation intersections.
Defections are already taking place. In one of the largest industrial leases signed regionally to date, global aviation solutions provider AeroTurbine is moving from Miami-Dade to a 264,074-square-foot facility at the IDI-owned Miramar Centre Business Park. AeroTurbine’s space, at 15701 S.W. 29th St., will serve as the company’s corporate headquarters.
In addition to the millions of square feet that IDI has developed in the state, IDI has other big projects in the pipeline. The company has formed a strategic alliance with sugar producer and landowner Florida Crystals Corp. for the planning and marketing of a new intermodal rail yard in western Palm Beach County. 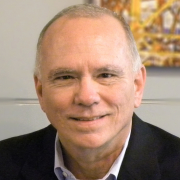 South Florida CRE Trends To Watch For In 2014

Ireland Cos. Gets $22 Million For Davie Plaza Renovation