Scandinavian retailer Ikea is planning to launch a chain of budget hotels.
The property division of Inter Ikea — the company that owns the Ikea intellectual property rights — is planning hotels in 100 locations across Europe. The first two hotels are expected to open in Germany in 2014. Other locations earmarked for hotels include Belgium, the Netherlands, the Nordic countries, Britain and Poland.
“We’re aiming to spread all over Europe,” said Harald Muller, a Brussels-based business development manager of Inter Ikea’s property division.
Although the chain won’t use Ikea’s name or furniture, it will engrain the Ikea philosophy of “good quality at a reasonable price,” he said.
“Aside from that, guests won’t really recognize Ikea in it at all,” he told The Associated Press, but added the hotels will have a Scandinavian “feel” because the interior will be made by Nordic designers.
Inter Ikea, which already owns a handful of hotels in Europe since the start-up of the property division in the 1990s, will work with another company to operate the chain. Muller declined to reveal the name of the hotel chain, but it is expected to be released in an official announcement in September.
Ikea, the world’s largest furniture retailer, employs 131,000 people in 41 countries and its 287 stores drew in 655 million customers in 2011. It has a complex corporate structure where the ownership of Ikea’s outlets is separated from the ownership of its brand name and intellectual property rights.
The company has branched out from its traditional role of furniture store before. In the late 1990s, its retail store arm formed a joint venture, BoKlok, together with Swedish construction group Skanska AB to build affordable flat-pack housing.
Earlier this year, the Ikea Group announced a co llaboration deal with Chinese consumer electronics firm TCL under which it would start selling TV’s and sound systems integrated into Ikea furniture. 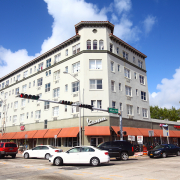