Miami Dade College has expanded its footprint with the $25 million acquisition of a Little Havana office building adjacent to its InterAmerican Campus.
The college, through its district board of trustees, on Friday purchased InterAmerican Plaza, a 14-story, 385,000 square foot, Class B building at 701 SW 27th Ave. in Miami, according to Miami-Dade County records. The school has been a tenant there for nearly a decade.
The county recorded the transaction on Monday. No financing was recorded.
In a written statement, Miami Dade College confirmed that it acquired InterAmerican Plaza for $25 million, adding the purchase price is “the lowest for which the building has been offered in the last 12 years.”
“For 15 years, we have been looking for the best ways to better serve the dynamic students of the InterAmerican Campus. The acquisition of the InterAmerican Plaza provides the only way to meaningfully expand the campus,” Miami Dade College president Eduardo Padrón said in the statement.
The seller was Miami-based Shavuot Realty Ltd.
Shavuot and Miami Dade College discussed a potential sale of the building for the last few years, according to Jack Glottman, managing member of Shavuot’s general partners.
“We think it’s a perfect fit for the college and makes a lot of sense that this would be the building it would expand into,” Glottman said in a phone interview Tuesday.
The last recorded sale of the InterAmerican Plaza was for $8.45 million in August 2001. But according to the website of Saglo Development, a Miami company that manages the properties owned by Shavuot, the company acquired the building in January 2008. That month, the Daily Business Review reported Shavuot had purchased the building for $25.8 million from Dalfen America of Westmount, Quebec.
Saglo is a 36-year-old private commercial real estate firm that specializes in managing shopping centers, according to the company’s website.
Source:  DBR 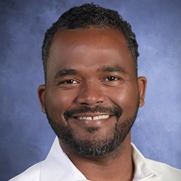