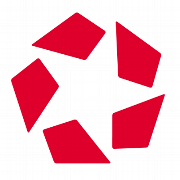 LoopNet has decided to raise subscription prices recently and subscribers aren’t too happy about it.
In fact, brokers are so incensed, that a petition has surfaced online at iPetitions.com, asking brokers to sign in protest of what some are calling price gouging. The petition went live on Monday, Oct 6.
According to the post on the iPetitions.com website, LoopNet will be rolling out the following pricing structure:

According to sources, these new prices will take effect upon annual renewal and there is  negotiation. Sources also stated that LoopNet will also be charging $169 per month per company associate for premium search capabilities, which will not provide access to search non-premium listings.
Some of the comments already posted on the iPetition site include:

“As a pioneer instructor who taught a supplemental class on Loopnet in the early days, I feel they have out priced their value.”

“Who would pay this? We seldom sell buildings through loopnet.”

“Extremely disappointing and quite a slap in the face to those who help keep them in business.”

“Disservice to the real estate market.”

The Florida Gulfcoast Commercial Association of Realtors (FGCAR) will be hosting  a town hall meeting for members, to listen to brokers concerns and get a consensus on how to react.
LoopNet was founded in 1995 by Dennis DeAndre. It rapidly acquired a user-base and underwent several rounds of private Venture Capital financing. The company then acquired a competitor, Southern California-based PropertyFirst.com, in early 2001.
In April 2011, CoStar Group, Inc. announced an agreement to acquire LoopNet for about $860 million in cash and stock.The acquisition was finalized on April 30, 2012.
LoopNet originally offered the bulk of its services at no cost until it built its viewer base. Then it became a subscriber-based site with subscription prices increasing over and over while free content and services decreased repeatedly. This trend only increased with the CoStar acquisition, such that, as of June, 2014, a 24-hour premium search subscription costs $82.95.
LoopNet claims to be “the leading provider of commercial MLS services, marketing and technology, with over 5 million monthly unique visitors.”
That being said, we’d like to hear from you.

Where do you stand?

Worth The Price or Overpriced?

(And, if you are strongly opposed to LoopNet‘s new pricing structure,
you can sign the petition by CLICKING HERE) 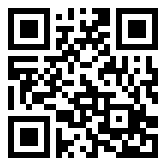