“Ensuring everyone has a safe and affordable place to call home is essential to strengthening our community,” said Raul F. Rodriguez, managing partner of CREI Holdings. “On the heels of completing our neighboring Lil Abner Apartments I project, which currently has a lengthy waiting list for new residents, we’re grateful for the support from the City and County to help make this newest project possible and serve the needs of our local community.”

“This is an exciting moment for Sweetwater. Lil Abner Apartments II will provide hundreds of affordable housing options for our seniors and boost our local economy,” said Senator Ana Maria Rodriguez.

“This building will provide extremely affordable housing for the elderly, who would otherwise struggle to pay for a nice place to live. Raul Rodriguez and his partners are doing an incredible job,” said Jose “Pepe” Diaz, Chairman of the Miami-Dade Board of County Commissioners.

“Lil Abner II Apartments is another step toward expanding opportunities and alleviating the need for affordable housing in Miami-Dade County,” said Michael Liu, Director, Miami-Dade County Public Housing and Community Development.  “I am also pleased that Mr. Rodriguez has continued his family’s commitment to serve our community and especially our seniors.” Located on a 5.1-acre site, formerly home to Vann Academy, at 400 N.W. 112th Ave. and 11239 N.W. Fourth St., Lil Abner Apartments II will feature an eight-story, 250,992-square-foot building with 244 affordable senior housing units and 197 parking spaces. Units will range from 588 to 940 square feet. There will be 106 one-bedroom units and 138 two-bedroom units. Forty percent of the apartments will be restricted to seniors earning no more than 60 percent of area median income.

Amenities include an interior courtyard and fitness center, as well as transportation service. The building will also share the amenities of the first Lil Abner senior housing apartment building, including a pool, tennis courts and a clubhouse. CREI Holdings delivered Lil Abner Apartments I on a neighboring site in 2013 with 87 units. 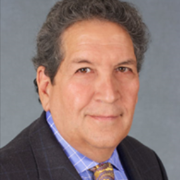 Record Participation As MIAMI Realtors Meet With Legislators In Tallahassee