If the city has its way, you’ll soon be able to picnic atop traffic in one of the area’s poshest locations.
The Federal Highway entrance to Las Olas Boulevard is currently bleak and unsafe, with a wall from the U.S. 1 tunnel pushed up against its northern sidewalk. Officials want to move the tunnel entrance 26 feet to the north and put a plaza — with park benches, shaded areas and a tourist kiosk — on top of its extended roof.
The plaza would make a fashionable entrance to Las Olas and could make it more inviting for visitors to check out businesses to the east and west. It could also lead to the creation of more popular outdoor cafes to the west.
And, as important, it would improve safety.
“We’ve all experienced trying to cross there and it’s extremely difficult. The cars aren’t sure who’s there and the people aren’t sure where the cars are,” said Chris Wren, executive director of the Downtown Development Authority.
Commissioners say the plaza is a high priority once $840,000 in funding is found — possibly in the next year or two. ”For less than a million dollars, you’re going to change the entrance to Las Olas,” said Mayor Jack Seiler, an advocate of creating a park over the tunnel entrance since 2009.
While the city’s proposal is fairly modest, the development agency is preparing a more ambitious proposal, one with lots of open space and sculptures. It would combine a larger plaza on the north side of Las Olas with open space to the south, next to the Cheesecake Factory.
“I want that whole area to feel like a nice, special public area,” Wren said. “I think it should all get unified, that it should be a grand public space.” Wren said that proposal has a pricetag closer to $3.8 million. He will be contacting other agencies over the next several months seeking partnerships to help cover the cost.
The DDA is hoping to convince Broward County to use some of the $1.1 million it is reserving for its 2015 centennial celebration, possibly for a signature artwork that could be seen from U.S. 1.
The area is next to the Stranahan House, one of the county’s earliest settlements, and as such is historically significant.
City commissioners said the scope of the final project will depend on the dollars available, but they’re covinced the plaza project will move forward. ”I think there are funding sources and an opportunity to get that done before 2015,” Seiler said.

Offices Planned Next To Riverside Hotel On Las Olas 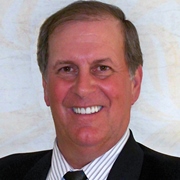