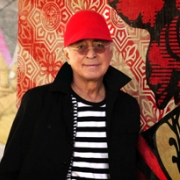 Longtime developer Tony Goldman, who resurrected art deco hotels in South Beach and put Miami’s Wynwood area on the cultural map, has died of heart failure after a battle with lung ailments. He was 68 years old.
He died Tuesday in New York, according to his publicist, Susan Brustman.
Goldman, the founder of Goldman Properties, became known during his four-decade real estate career for finding value in depressed urban areas and transforming such neighborhoods into destinations through redevelopment. He started the company in 1968 with one employee, developing brownstones in New York’s Upper West Side. The company in the 1970s bought and renovated 18 buildings in SoHo, according to a Goldman biography provided by Brustman.
Sensing a similar opportunity in South Beach, Goldman in 1985 acquired 18 properties there, including the Park Central hotel. The New York Times called Goldman “the granddaddy of South Beach” at the time.
After spending much of the 1990s focusing on transformative projects in New York and Philadelphia, Goldman’s son Joey discovered Wynwood in 2004. The family’s love affair with the neighborhood, which was plagued by crime and blight but emerging as a popular spot for artists, led to Goldman buying two dozen warehouses there.
Since then, art galleries, studios and restaurants have sprung up throughout Wynwood.
Goldman produced a new mini documentary series “Here Comes the  Neighborhood, which chronicles the history of how the gritty  industrial neighborhood began to morph into an art center in 2009, and ponders on the area’s future.
Funeral arrangements for Goldman have not been announced by the family.

Tech Company Becomes First Tenant At The Gateway At Wynwood With 15,000 SF Space 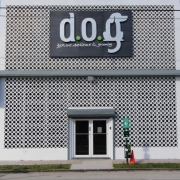 Wynwood’s Challenge Shifts From Establishing A Vision To Juggling Offers