Stiles Realty, a division of Stiles, has signed three national tenants to fill the retail space available at the highly-anticipated Publix at 18Biscayne project, a new Publix-anchored urban retail shopping center in the Biscayne Corridor in downtown Miami, one of South Florida’s fastest growing neighborhoods.
Stiles, the owner of the development, is on track to complete the 57,200-square-foot, three-story center, in early 2012.  The combined leases bring the center to 98% leased.
New long-term national tenants scheduled to open in the center are: Wells Fargo Bank for just under 3,200 square feet; General Nutrition Corporation (GNC) for approximately 1,150 square feet; and Hair Cuttery for approximately 1,150 square feet. Leasing efforts began only about six months ago, one of many indicators that the project is already making a positive impact in the newly revitalized Biscayne Corridor, the area running from 14th and 71st Street along Biscayne Boulevard.
“The Biscayne Corridor in downtown Miami is truly defying market trends as evidenced by the tremendous demand we are seeing from national and local retailers at this project as well as throughout that area,” said Ryan Karlin, Stiles Realty Vice President of Retail Sales. “Not only did this project generate immediate interest and lease-up extremely fast, but there are several other national tenants that are targeting space within only a five block radius of the project.”
Despite the recession, in the past three years, the Biscayne Corridor has been experiencing a cultural and commercial renaissance, attracting the attention of retailers, developers, restaurateurs and the artistic community worldwide. Already home to major entertainment venues such as the American Airlines Arena and the Adrienne Arsht Center as well as world-class dining and entertainment, the Biscayne Corridor is slated for unprecedented growth.
Stiles is utilizing its full spectrum of in-house services on this project, providing design through its Architectural Group and development of the center through Stiles Development. In addition, the project is being constructed by Stiles Construction, leased by Stiles Realty, and managed when completed by Stiles Property Management. Financing was arranged by Stiles Financial Services.
Publix at 18Biscayne will be situated on Biscayne Boulevard between NE 17th Terrace and NE 18th Street. The project includes a 49,200-square-foot Publix with bakery, pharmacy and café with outdoor seating, as well as 8,000 square feet of additional retail space fronting Biscayne
Boulevard, which is planned to include a Publix liquor store. 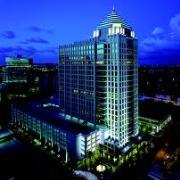 CHOP vs. CHOMP: Which Alma Mater's Colors Will Light Up The BOA Plaza At Las Olas?