As institutional capital flows into Miami from around the world, a Switzerland-based real estate investment firm acquires a rare development site west of Brickell.

Empira Group plans to develop a mid-rise multifamily project in the neighborhood called ‘The Roads’ to help meet the area’s rising demand for housing fueled by an influx of business relocations to Miami’s urban core. Due to Empira’s conviction in the continued growth of Miami, the firm is looking to own the property as part of its portfolio for the long-term after its projected completion in 2025. The transaction closed yesterday, Aug. 29. This asset will expand Empira’s real estate portfolio with assets in Europe and in the US.

JLL Capital Markets brokered the transaction on behalf of the seller, an investment group from South America. Empira plans to start construction of CoralGrove Brickell in the second half of 2023.

“Empira Group is very excited to close a unique acquisition in Miami,” said Rafael Aregger, Empira’s Head of Investments US. “The city is benefitting from a strong in-migration from other states and all over the world, and we have a very positive outlook on the future of Miami and its population’s growth. Centrally located, the upscale boutique project will cater to professionals and families who want to be close to Miami’s largest employment centers, including Brickell, downtown Miami, Coral Gables and Coconut Grove. The building was designed to offer residents highly attractive living space and amenities that promote a healthy lifestyle.”

Designed by award-winning Revuelta Architecture International, CoralGrove Brickell is planned to include 85 units, consisting of one-, two-, and three-bedroom apartments. Some of its amenities include a fitness center that incorporates spaces for yoga and spinning, a rooftop resort-style pool overlooking the city, a gourmet kitchen and a game room. The ground floor will have about 900 square feet of retail space. The building’s architectural style is aligned with the Coral Way Beautification Master Plan since the project sits on the Coral Way corridor, connecting Coral Gables to the Brickell area.

Empira’s new development site sits in The Roads, a residential neighborhood with one of the highest barriers to entry. The 0.53-acre site consists of two vacant aged apartment buildings at 3025 SW 3rd Ave. and 3051 SW 3rd Ave. Demolition of the structures will take place later this year.

CoralGrove Brickell, which is a five-minute walk from the Viscaya Metrorail Station, will promote walkable urban living. Future tenants will be able to trade their cars for the Metrorail to travel around the tri-county area. That is important for Empira, whose institutional investors are committed to the highest ESG standards for their developments in Europe and the US. CoralGrove Brickell will be LEED certified which promotes not only more sustainable buildings from an environmental perspective but also a healthier living environment for the building´s users.

“CoralGrove Brickell is one of the most exciting boutique residential projects in Miami,” said La Cava. “It is perfectly positioned to capitalize on the influx of high-paying tech and finance jobs moving from New York City, Chicago, and San Francisco. “Empira’s entrance to the Miami market is a big deal as they look to expand in South Florida and across the US.”

Since the onset of the pandemic, Miami has become the epicenter of the Great Migration and experienced a 16.8% year-over-year population growth. Miami-Dade County is projected to add approximately 175,000 new residents over the next three years.

South Florida’s booming economy and thriving job market have transformed the area into an economic powerhouse. Miami has attracted high-profile tech, private equity and finance firms from major high-paying employment hubs such as New York, Chicago, and San Francisco. Blackstone, Citadel, Google, Spotify, Thoma Bravo, Marsh Insurance and Goldman Sachs, among many others, have opened or significantly expanded their offices in Miami in recent months. 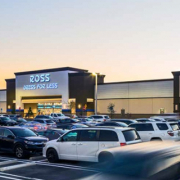