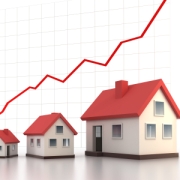 The taxable value of Miami-Dade and Broward real estate has risen for the first time since 2007 — another major sign that the long-beleaugered real estate market is finally stabilizing.
The Miami-Dade taxable value of all real estate rose 1.48 percent to $189.73 billion from $186.96 billion last year, according to an estimate released Thursday by Miami-Dade Property Appraiser Pedro J. Garcia. The increase in property values in Miami-Dade was slightly above the 1.24 percent rise in taxable value in Broward County.
“Coastal municipalities with a concentration of high-end properties experienced the most growth in property values, while others had only negligible changes,’’ Garcia said in a statement. He added: “While it is premature to celebrate a complete recovery of the county’s real estate industry, there was a clear positive trend, especially in the last three months of 2011.’’
Lazaro Solis, Miami-Dade’s deputy property appraiser, agreed. “We believe the market is stabilizing,’’ he said in an interview. “Some areas are doing better than others. Some are going up, some are flat. Those that are still going down are generally doing so at a slower rate than past years.’’
It is too early to predict what will happen to property taxes as a result of the higher assessed values. That is because the various taxing authorities will not set their 2012-13 tax rates — the figures multiplied by the taxable value of real estate to determine taxes — until later in the year.
Solis said the taxable value for county property is expected to show an increase even excluding new construction, which was roughly the same as 2011’s modest level of $1.5 billion. However, his office didn’t specify figures for new construction in the preliminary data released Thursday. “We will have that broken out on July 1. We wanted to make sure the numbers for new construction are accurate,’’ he said.
In Broward, Cooper City showed the strongest increase of any city in the county, an 8.24 percent rise in taxable values, to $2.05 billion from $1.90 billion last year. The bump came largely from newly completed projects coming on to the tax roll, the Broward County Property Appraiser’s office said.
Fort Lauderdale was up 1.5 percent to $23.71 billion from $23.26 billion last year; but others fared poorly. North Lauderdale, for example, slide 3.41 percent to $919.7 million from 952.1 million and tiny West Park plunged 8.5 percent to $337.2 million from $368.5 million a year earlier.
In Miami-Dade, affluent municipalities fared better than poorer ones. Taxable value in the well-heeled Village of Pinecrest, for instance, rose 2.52 percent, while falling 2.37 percent in Miami Gardens, a generally low-income municipality.
Miami Beach’s taxable value jumped 3.88 percent to $21.98 billion from $22.83 billion a year earlier. The City of Miami, where the Brickell and downtown condo market in particular have strengthened, showed a 1.83 percent increase in its taxable real estate value, to $30.35 billion from $30.90 billion last year.
Homestead, which was one of the hardest hit areas in the real estate meltdown, continued to slide 3.71 percent in the latest assessment, but that is much better than prior years. This year’s decline of 3.7 percent makes Homestead the second hardest-hit city in the county for two years in a row. Only Florida City fared worse, with a drop of 5.68 percent.
In total, Homestead’s property values have decreased about 53 percent in the past three years, said City Manager George Gretsas.
Source:  Miami-Dade