The Fort Lauderdale-based salad restaurant concept said Tuesday that it will be opening a 587-square-foot model at The Cafes at Boca in Town Center Mall.
Tossed previously occupied space at The Shops at Pembroke Gardens, an open-air mall located just off Interstate I-75 at Pines Boulevard, but closed in mid-2009.
Jason Chodash, president of Tossed Franchise Corp. said Simon came to his company after seeing one of its restaurants at the Shops at the Prudential Center in Boston. “They loved the food, the operation and the brand,” Chodash said. “It was the perfect opportunity to launch our nontraditional location.”
Though the company has been around since 1998, it’s gone through some rebranding and building of new relationships. The company has four Tossed locations, with several more – including the one in Boca Raton – opening in the fall and the first quarter of next year.
The new location is a franchise purchased by an investment group led by Tom Valeo. Chodash said the investment group has plans for more Tossed franchised operations, and he expects another announcement in a few weeks.
Chodash said he’s also talking to Simon about bringing Tossed locations to its other malls. “We know they want us; we just want to make sure they are the more upscale malls,” Chodash said.
In June, Tossed announced it was expanding in Chicago, signing a franchise agreement with an ownership team that plans to open three locations there. And, in March, the company said it signed a franchise agreement with a Los Angeles-based investor group to bring the concept to the West Coast. The chain also is expanding outside of the U.S. with the opening of a location in Vancouver, British Columbia, Canada, in the fall. Tossed also has developed a 240-square-foot kiosk unit, which it plans to put on college campuses and in airports.
Source: SFBJ 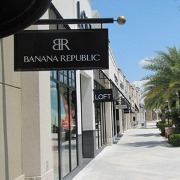