Walker & Dunlop, Inc.  announced that it completed the $226,500,000 sale of EON Squared, a 476-unit, luxury, high-rise apartment complex developed by Alta Developers. The property is located in the heart of Flagler Village, one of South Florida’s most popular and fastest growing submarkets, with abundant employment opportunities and 9.7 million square feet of office space in nearby Downtown Fort Lauderdale.

Said Mr. Hunter, “We were thrilled to have played a part in the sale of this trophy asset to Union Investment, for their first US Multifamily acquisition.” He added, “Alta Developers exceeded expectations on EON Squared with first-rate amenities, condo-quality finishes, unobstructed views, as well as an extraordinary lease-up velocity. Investors clearly saw the value, given the ample local, national, and international interest, with the ultimate buyer being one of Germany’s oldest and most experienced fund managers.”

“We are extremely excited that we managed to secure our first two U.S. multifamily assets in one shot. These two assets, known as ‘EON Squared’ are amongst the newest and highest quality assets in the submarket. Additionally, the rental growth in Fort Lauderdale is just exploding, reached almost 20 percent over the past year and is expected to remain well above inflation for years to come. The two EON towers will certainly continue to benefit from this upward trend,” said Tal Peri, Head of U.S. East Coast and LatAm at Union Investment, based in New York City. Peri continued, “Flagler Village is a trendy submarket that targets young professionals and offers proximity to Fort Lauderdale’s downtown, the highly desirable and popular Las Olas shopping, restaurant, and nightlife corridor, as well as the beach.”

“The vision behind EON Squared was to create an all-inclusive getaway with the largest amenity spaces in the market. A community that allows residents to live, work, and play,” Raimundo Onetto, Chairman & CEO at Alta Developers said. “Each component of the compound was strategically created to complement the modern-day lifestyle.”

EON Squared is ideally situated in the heart of East Fort Lauderdale’s Flagler Village, putting residents within steps of the area’s hippest bars and restaurants, the burgeoning art scene of FAT Village, and the Mass District. The property is also within walking distance of the Fort Lauderdale Brightline Station, offering high-speed rail access to South Florida and beyond. EON Squared includes a 206-unit tower and an adjacent 270-unit tower completed in 2019 and 2021. Each building features unique programming, distinctive interior finishes, and a complete amenity package, including two sixth-floor pool decks, two fitness centers, co-working spaces, and a wide array of other appealing indoor and outdoor lounge areas. 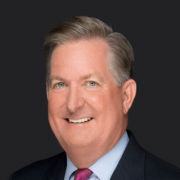