With the demand in the multi-family sector remaining strong, developers are looking to conversions to satiate their voracious appetite.
The Meridian Building, an historic six-story office building in downtown West Palm Beach, has been purchased by a major Palm Beach Gardens development company that plans to remake the property into loft apartments.
Ram, which develops, buys and sells apartments and retail centers, paid $5.25 million for The Meridian, according to Ram Chairman Peter Cummings.
The building was constructed for Southern Bell Telephone and Telegraph in 1926 and received its historic designation in 2008. The property is located at 326 Fern Street, at the corner of South Dixie Highway.
There are numerous new apartments now being planned for downtown West Palm Beach, and throughout Palm Beach County.
But this purchase is different because of the building’s historic nature, which will be retained as Ram goes to work redoing the interior from vacant commercial space into 89 airy, urban loft-style apartments. The project is expected to begin in 2013 and will be completed in 2014. The first floor will contain about 2,420 square feet of retail.
“We think it’s a unique product that is going to resonate with the market,” Cummings said. “To live in a 1926 building that is going to have high ceilings and unusual windows, it’s going to have a vibe that is very different from new construction.”
The purchase also includes a parking lot across the street, which might be used for up to 237 future apartments too, Cummings said. And if the market really bounces back, perhaps the new lofts and apartments could one day be converted to condos, too.
The prior owner, Peter Brennan of Hawthorn 326 LLC, paid $1.25 million for The Meridian in 2011, a steal from the prior sale in 2005, when a group called American Heritage LLC paid $10.95 million for it.
Cummings said the cost of The Meridian redo could equal the purchase price, but Ram has had success with renovating historic properties into apartments.
Meanwhile, with Ram now fully focused on apartments (Ram is breaking ground later this year on an apartment complex in downtown Boca Raton), a planned townhouse project on South Dixie Highway in West Palm Beach won’t be completed by Ram.
Cummings confirmed that Ram is under contract to sell the land that was going to be The Residences at Antique Row to an unnamed buyer who wants to build for-sale housing units at the site. 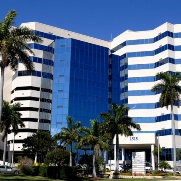 Crocker, Cornerstone Close On The Purchase Of Esperante Corporate Center 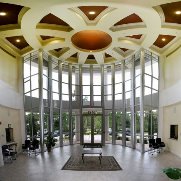