Berger Commercial Realty announced it has been awarded the leasing and management assignment for a new seven-story, Class “A” office tower being developed in downtown Fort Lauderdale by Blackhawk Properties & Investments, LLC.
Located at 550 S. Andrews Ave., the new 70,000-square-foot building, which will have an attached parking garage, is slated to open in fall 2017. With a groundbreaking scheduled for summer 2016, this is the first new office building to be built south of the New River since 1989, according to a press release.
The property formerly housed the 32,500-square-foot Justice Building, which was purchased by Blackhawk in December 2013. The new development will be known as the 550 Building.
“The old building had a great location, but the site was underutilized,” said Lloyd Berger, founder and president of Berger Commercial Realty. “With its location next to the new 700,000-square-foot Broward County Judicial Complex, thousands of new multi-family units, and a proposed stop for the new Wave street car line, we expect that the new 550 Building will generate tremendous interest and will become one of the premier, sought-after buildings in this area for office and retail tenants alike.”
Developers of the 550 Building include Kate Murphy of Collins Capital Partners, Thomas McDonald of  Craven Thompson & Associates, and William Murphy of Douglas Management, who was part of the team that developed the current Broward County School Board building.
Designed by the award-winning architectural firm of Falkanger, Snyder, Martineau and Yates (FSMY), the building’s contemporary design will feature floor-to-ceiling impact glass, a dramatic, modern entranceway and lobby, and an urban-friendly retail and restaurant plaza on the ground floor with both indoor and outdoor café seating areas.
Commercial real estate veterans Steve Hyatt, Joseph Byrnes and Stephanie Bernota of Berger Commercial Realty are the exclusive leasing agents for office and retail space at the 550 Building. 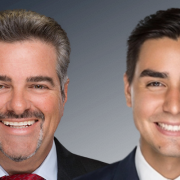