The Brickell and Downtown neighborhoods are bucking the slow economy and are on the verge of an even bigger wave of development that will present new demands and opportunities for Greater Miami, according to industry experts.
“We’re seeing a wave of investment the quality and size of which we’ve never seen before in this area,” said Neisen Kasdin, chairman of land use and entitlements at the Miami law firm Akerman Senterfitt. Mr. Kasdin noted his involvement in Malaysia-based Genting Group’s plan for a $3 billion-plus casino resort called Resorts World Miami on Biscayne Bay on the west end of the MacArthur Causeway, as well as Hong Kong-based Swire Properties’ plan for a $700 million complex of housing, stores and a hotel called Brickell CitiCentre just west of Brickell Avenue and north of Eighth Street.
Also, he said, he is involved with retail expansion in the Design District around Biscayne Boulevard north of Downtown.
“There’s also a lot of equally substantial investors looking into [Miami’s] urban core,” he added. “Miami is doing better than the rest of the country in terms of investment.”
Mr. Kasdin said international developers of multifamily housing are considering Downtown when, five or six years ago, “they wouldn’t have touched it.” Part of the attraction is lower real estate prices, down from the market’s peak years, but “all the activity and jobs in the area are also part of it,” he said.
Construction of Brickell CitiCentre is expected to start by next year’s second quarter, with completion anticipated in 2015. Genting also wants to begin work next year but still needs state and possibly local approval to open two casinos on the site. If the casinos are approved, Mr. Kasdin said, the pace of construction will be faster.
The new wave of proposed development follows growth in Brickell and Downtown in the past decade that has seen construction of about 24,000 condominium units, said Cesar Garcia-Pons, senior manager of planning, design, transportation and services at the Miami Downtown Development Authority. During that time, Mr. Garcia-Pons said, tens of thousands of additional people have moved into the Brickell and Downtown area, which has been attracting more retailers and other businesses. In the past year alone, he said, about 50 businesses have opened, mostly restaurants. “It seems like it’s a really good time to be Downtown,” Mr. Garcia-Pons said.
Bernard Wolfson, president of Hospitality Operations Inc., which built the recently opened Hampton Inn & Suites in Brickell, said proposals to open large casino resorts Downtown should be handled with caution because of the potential for taking business away from area hotels and other merchants. Mr. Wolfson also expressed concerns that the city’s roads and other infrastructure would be hard-pressed to handle the several million additional visitors a year that the casino resorts are expected to draw. “I think it needs a lot study,” he said.
Mr. Kasdin and Mr. Garcia-Pons, on the other hand, said they think there would be enough increased business from the casino resorts that it would not hurt — and could help — Miami and Miami Beach hotels and other businesses. Many of the guests at the Genting resort are expected to come from the northeastern US and South America, Mr. Kasdin said.
He and Mr. Garcia-Pons agreed with Mr. Wolfson that road improvements and possibly transit line expansion would be needed, and noted that some improvements are already being planned. “We need transit connecting the Beach to Downtown in the worst way,” Mr. Garcia-Pons said.
The three experts made their comments last week during a panel discussion titled “Brickell/Downtown Is Booming.” The session at the new Hampton Inn & Suites was presented by the International Council of Shopping Centers (ICSC).
Mr. Garcia-Pons said construction of the $600 million-plus Port of Miami Tunnels project will require road improvements along the Interstate 395 corridor, which runs from Interstate 95 in the west to the MacArthur Causeway in the east — next to the Genting site. Such roadwork could open up development opportunities to the north of Downtown, Mr. Garcia-Pons suggested. “That will be an opportunity to develop infrastructure that’s long been the bane of development to the north,” he said.
In addition, the retail component of Brickell CitiCentre should bring more “commercial business south of the [Miami] River,” he added.
Mr. Kasdin said the retail component of the Genting project would be relatively minor, taking up just about 60,000 square feet, a fraction of the total project, so it would not substantially impact surrounding retailers. Also, he said, he doesn’t think the conference and meeting space that Genting is planning would hurt the Miami Beach Convention Center, as some have feared. “I think it will enhance the ability of the area to get more meetings [business],” Mr. Kasdin said, “and some of it will go over to Miami Beach.”
Source:  Miami Today 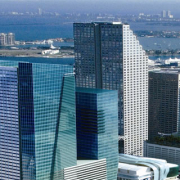 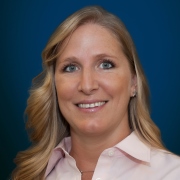