The Greater Miami Chamber of Commerce is staying put at the Omni Center for the next decade, closing the door to a casino conversion of the property for at least a decade, said chamber President/CEO Barry Johnson.
“There are no plans for the next 10 years for any gaming in the Omni complex,” Johnson told the Business Journal Wednesday afternoon.
The Genting Group announced it planned a quick conversion of the Omni into a casino shortly after buying the property for more than $160 million in 2011. The Omni conversion was part of a larger plan to convert the property next door into a four-hotel casino resort that would also have included convention space and lots of retail. But the state Legislature didn’t cooperate with its plan, rejecting Genting’s multiple strategies to win a license for downtown Miami.
“We have been told no gaming in this facility for the next 10 years,” Johnson affirmed. “I have no idea about their other plans.”
Currently, Genting plans condominiums and retail as well as an expansive baywalk on the site where the Miami Herald building stands directly south of the Omni. It plans to demolish the building soon.
Miami Today first reported in its online edition that the Chamber signed a lease with Genting.
Working on behalf of the organization were Bank of America Senior VP Maria Alonso, a one-time chamber chairwoman, and CresaPartners founding principal Barbara Liberatore Black, according to Miami Today. Additionally, Weiss Serota Helfman Pastoriza Cole & Boniske’s Joe Serota, who is the chamber’s attorney, had also worked on the lease.
Johnson said the lobby and boardroom of the chamber will be renovated. 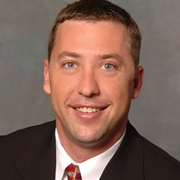