The Easton Group, a full-service commercial real estate firm based in Doral, announced that corporate finance executive Jose A. Hernandez-Solaun has been hired as its new president.
In his role, Hernandez-Solaun will work with Easton’s investment partners and oversee day-to-day operation of the company which manages, leases, develops and owns more than 4.5 million square feet of commercial real estate in South Florida and outside of the state.
Prior to joining The Easton Group, he was a senior vice-president at GE Capital, a division of General Electric.  Based in South Florida most of his career,  Hernandez-Solaun spent 15 years at GE Capital assisting C-level executives of mid-market companies with their financing needs.  While at GE, he attended classes at the John F. Welch Leadership Development Center and achieved Green Belt and simpleLEAN certification in Six Sigma methodology.
“Jose has the right skillset to help lead us through our next phase of growth,” said Edward W. Easton, chairman and founder of The Easton Group. “He not only brings the structure of a corporate environment, but he also thinks like an entrepreneur which is an important asset for our business model. In addition, he is a South Florida guy who knows the market well.”
“I had a very good situation at my prior company, but when I got the opportunity to work for Ed Easton, who is one of the most successful and respected figures in the commercial real estate business, it was an opportunity I couldn’t pass up.  We have exciting times ahead of us and I’m truly excited to be part of the team steering the ship.”
While at GE Capital, Hernandez-Solaun simultaneously co-founded LEAD305, an open-source leadership platform for South Florida’s future leaders.  He also founded the Hernandez-Solaun Foundation, which educates young adults on the basics of personal finance, credit and business fundamentals.  In addition to chairing his own foundation, Hernandez-Solaun also chairs the American Diabetes Association for Miami-Dade and Monroe Counties and is a committee member for the national organization.  In addition, he chairs the MIT Enterprise Forum of South Florida.
Hernandez-Solaun holds a BA in Entrepreneurship, Marketing and International Business from Florida International University. He received his MBA in 2005 from the University of Miami.  In December 2009, he earned an Executive Certificate in Strategy and Innovation from Massachusetts Institute of Technology. 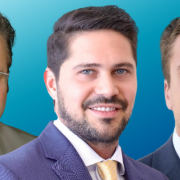 Debbie Colangelo Named To CIASF Board Of Directors