Gibraltar Private Bank & Trust will move its headquarters to the Columbus Center building in Coral Gables after signing a 61,248-square-foot lease.
The deal was announced by USAA Real Estate Co., which manages the two-tower complex at 1 Alhambra Plaza.
Gibraltar will go into the West Tower of Columbus Center. The East Tower is undergoing renovations that should be completed in the first quarter.
Maggie Kurtz with Cushman & Wakefield represented USAA, while Gibraltar was represented by Thomas Capocefalo, Chris Harak and John Esposito of Studley.
The new headquarters is down the block from Gibraltar’s current headquarters at 220 Alhambra Circle. The bank announced a return to profitability in the third quarter, although it is still in the red for the year and its noncurrent loans have increased the past several quarters.
Gibraltar Vice Chairman, President and COO Adolfo Henriques said the bank started looking at new space about eight months ago because its lease was coming up for renewal. Its new offices will be in a slightly larger space because of the layout of the building. Gibraltar will have three floors, and Henriques said the layout will be more efficient.
The bank should move into its new space in the third or fourth quarter of 2012, Henriques said.
Source: SFBJ 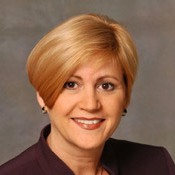