Nova Southeastern University plans to erect a Center for Collaborative Research that will house one of the largest wet-lab research facilities in Florida. The state-of-the-art center at the university’s main campus in Davie also will be the nucleus of the university’s medical, pharmaceutical, dental, and oceanographic research.
Nova’s trustees could approve one of four financing proposals in December, and officials hope to occupy the building in 18 to 24 months, said university President George Hanbury.
Because the building’s labs and offices will be open the public, the university must finance the project with taxable bonds. Officials sent out eight proposals to see if private capital would be interested in financing the nearly 210,000-square foot building, which could cost $75 million to $95 million, Mr. Hanbury said. Seven responded, and the university has narrowed it to the four to present to Nova’s trustees.
“We’ve been looking at a model that’s been very successful down in Miami-Dade with the University of Miami’s Life Science [& Technology Park] building,” he said. “All of the proposals seem to be extremely creative in their financing.”
The university already has drawn plans and gone through preliminary permit reviews, Mr. Hanbury said.
The center is to be home to the Rumbaugh-Goodwin Institute for Cancer Research, Florida LambdaRail, information and technology services, investigators from the university’s Health Professions Division and Oceanographic Center, and the U.S. Geological Survey.
The geological survey, which is to occupy the first two floors, is partnering with Nova, Florida Atlantic University and the University of Florida to promote scientific cooperation for the Greater Everglades Restoration Project.
The other floors would be wet-labs essential for biotech, cancer therapy, wildlife DNA, pharmaceutical synthesis and stem cell research that the university has been conducting, Mr. Hanbury said. Two floors are dedicated for software engineering and high-tech development for computer software.
“We have wonderful capabilities and opportunities now for knowledge-based industries to come into Broward and use Nova Southeastern as its conduit,” Mr. Hanbury said. “Maybe Broward will have the next Facebook creator.”
By creating the center, the university now has a literal housing for its externally funded research, which has grown from less than $10 million to more than $85 million in the past 10 years, said Fred Lippman, chancellor of Nova’s Health Professions Division. Within the next five years, he said, he expects that externally funded research to grow to well over $100 million.
The Center for Collaborative Research originally was envisioned six or seven years ago when Nova and the geological survey agreed to work collaboratively with Florida Atlantic and the University of Florida to promote the Everglades restoration project.
“USGS has been on our campuswaiting for this collaborative research to come to fruition,” Mr. Hanbury said. “The economy kind of put things on the back burner.”
The university is now moving forward with a number of projects, including a $30 million Center of Excellence for Coral Reef Ecosystems Science Research Facility. Nova is using a $15 million federal stimulus grant and its own matching funds to build the 86,000-square-foot facility.
Next on Nova’s agenda will be the Academical Village, which is to transform 30 acres at a neighboring shopping center in which the university has an ownership interest into a high-tech research/office park with nearly 3 million square feet of medical office, retail, governmental and residential space, as well as a hotel and a conference center and possibly a teaching hospital.
Source: Miami Today 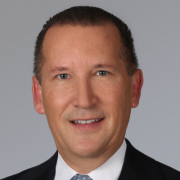 Butters Helps Create A Pathway For Diversity And Inclusion In CRE