By Guest Blogger Ken Silberling
As 2013 fades into the rear view mirror, it’s a good time to break out our crystal ball to take a look into the future.  Are we presenting the most important trends in the market?  Maybe not, but  these are the key factors that will shape the way we search to identify opportunities in the Miami Dade,  Broward and Palm Beach County markets that we serve.
1. Multifamily Boom –  While there has been nearly no new office space developed in the market over the past few years, there are currently thousands of new rental apartment units under development.  Boca Raton and Downtown Fort Lauderdale are the most popular locations.  The big question is whether developers are betting on the changing tastes of the consumer regarding home ownership and the difficulty in obtaining home financing, or whether they are being seduced by returns of under 5% for investment grade multifamily which is driving values skyward. Whether the multi-family boom is the result of a great opportunity or whether it is the next bubble remains to be seen. Regardless, it is a key trend to watch.
2. Re-emergence of the Fort Lauderdale Uptown market – The Cypress Creek/Executive Airport market emerged in the mid-1980s as a suburban alternative to Downtown Fort Lauderdale. Its key attribute is its excellent access to the entire tri-county market via I-95. In the 1990s and 2000s, however, the completions of new highways in Southwest Broward combined with the relocation of thousands of Miami residents following Hurricane Andrew in 1992 created a huge wave of new residential and commercial development in Southwest Broward. Many companies left Cypress Creek in favor of the emerging Pembroke Pines, Sunrise and Weston markets, which replaced Cypress Creek as the primary alternative to Downtown.
While Cypress Creek has seen little new development and office vacancy rates have recently hovered in the mid twenties, we are seeing signs that the market is rebounding.   First, the recent $38.1 million sale of  Pinnacle Corporate Park to Banyan Street Capital and DRA Advisors shows that investors are beginning to take notice of an opportunity in the market.  You may have also noticed a huge new  Zimmerman Advertising sign off I-95. Omnicom, parent of Zimmerman has purchased the Cypress Centre building for Zimmerman’s new headquarters, nearly doubling the amount of space they had previously occupied on Commercial Boulevard. Finally, Texas-based Schlitterbahn is awaiting approval  to build a new $110 million water park on 64 acres that is currently the site of Fort Lauderdale baseball stadium between Commercial Boulevard and Cypress Creek Road just west of I-95. It will feature state of the art slides and a four star resort hotel. It promises to create jobs and promote tourism, all good for the local market.  As corporate residents and property owners in the uptown market, we are excited about this resurgence.
3. The B Word – While the market saw several large sales and large leases in 2013, a couple of deals caught our attention due to the use of the B word.  We normally see deals in the millions, tens of millions and occasionally hundreds of millions. In 2013, we saw two deals in the billions. Liberty Property Trust paid $1.475 billion for Cabot Industrial Value Fund III, a 23 million square foot industrial portfolio including 1.5 million square feet of South Florida assets.
In addition, Brookfield Property Partners acquired IDI (Industrial Developments International) for $1.1 billion. A large piece of the IDI portfolio is also in South Florida. Both Liberty and IDI have plans to develop new industrial space in our market.  Clearly the use of the B word in the South Florida industrial market shows that industrial real estate is big business and that South Florida warehouse space is highly desirable to both users and investors.
5. Office-Office – The merger between Office Depot and Office Max was completed in November. While we liked the name “Office Office” for the expanded company, it will in fact be Office Depot. The big news is that the new company has selected Boca Raton as its corporate headquarters and hundreds of Office Max employees will relocate from Naperville, Illinois to Office Depot’s 625,000 square foot Boca Raton facility. The loss of Office Depot would have been devastating to the Boca Raton market. Now, with more employees coming to town, these new residents will help the local economy, stimulating demand for  more homes, more supermarkets,  and more offices for accoutants, financial planners, doctors and attorneys. Office Max’s vendors will also need a local presence, all of which points to increased activity in the commercial market. At the same time, we have seen Tyco spin off ADT with both companies remaining in Boca. SBA, a developer of cell towers has also purchased the 160,000 former IBM Building on Congress Avenue and will be expanding its presence in Boca Raton.  These are all clear signs that corporations are seeing the value of a South Florida location which is good news for the local commercial real estate market.
A word of caution… any new development in South Florida has to take into account our fragile ecosystem and our potentially volatile climate. As long as developers can intelligently balance growth with protecting the environment, the outlook appears bright for the South Florida commercial real estate market in 2014 and beyond. 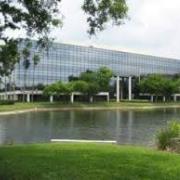