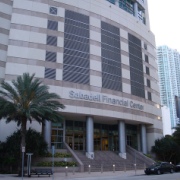 In prompt response to the recent growth strategy at CBRE in the South Florida market, the firm has been appointed exclusive leasing advisor to over 1.2 million square feet of Class A office space in Miami-Dade County.
Included are Columbus Center and Datran Center, both owned by affiliates of USAA Real Estate Company (“USAA”), as well as Sabadell Financial Center, owned by Testa Immuebles (“Testa”). Two of CBRE’s latest additions, Maggie Guajardo Kurtz and Diana Parker, both Senior Vice Presidents with the firm’s Miami office, are leading these landlord representation assignments.
USAA’s Columbus Center, located at 1 Alhambra Plaza in Coral Gables, is a Class A office property totaling 260,300 square feet. As a result of USAA’s environmental commitment, Columbus Center sets a high precedent for energy efficiency and sustainability. The building has been awarded the Energy Star label for operating efficiency each year since 2006 and was awarded LEED® certification to the Gold level by the U.S. Green Building Council in 2010.  In addition, the property was recently named a BOMA 360 Performance Building, a program that evaluates building operations and management and benchmarks a building’s performance against industry standards.  Further demonstrating USAA’s commitment to the property, Columbus Center is currently undergoing a major renovation to the main lobby as well as upper floor common areas and restrooms.
USAA’s Datran Center is a Class A, two-tower office complex totaling 474,000 rentable square feet. In addition to having the Dadeland South Metrorail station and Metrobus terminal located within the complex, amenities include a luxury four-star Marriott Hotel, a full service bank, two restaurants and a conference facility. Located at 9100 & 9130 South Dadeland Boulevard in Miami, Datran Center is situated near the intersection of Palmetto Expressway and Kendall Drive. Datran Center has been awarded the Energy Star label for operating efficiency on an annual basis since 2008 and was just recently named a BOMA 360 Performance Building, a program that evaluates building operations and management and benchmarks a building’s performance against industry standards. In 2011, the largest office lease transaction on record in Miami-Dade County was completed by expanding an existing tenant, Preferred Care Partners, from 52,000 square feet to 72,000 square feet. This lease transaction with Preferred Care Partners was a finalist for Office Lease of the Year by NAIOP South Florida at the 2012 Awards of Excellence.
Owned by Testa Immuebles, Sabadell Financial Center is a 523,000-square-foot Class A office tower located in the heart of Miami’s Brickell submarket. The 30-story tower at 1111 Brickell Avenue interconnects to the JW Marriott hotel at the corner of Brickell Avenue and SE 12th Street.  As a testament to ownership’s strength and track record to quality tenant service, existing tenants totaling over 200,000 square feet recently renewed their tenancies at the building. Continuing this demonstration, to further add value to its tenancy and attract new tenants, Testa is currently upgrading the common areas of all multi-tenanted floors and is pursuing LEED certification.
Kurtz and Parker emphasize that the expansive depth and reach of CBRE’s platform affords them the opportunity to provide “best in class” service to strategically position and enhance value of their clients’ assets. The team joined CBRE at the end of January 2012. Each have over 20 years of experience in South Florida, gaining notoriety for their extensive expertise in marketing Class A office developments as well as providing tenant representation to many Fortune 500 companies. 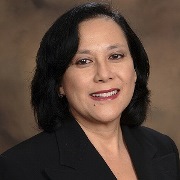