U.S. Capital Holdings Group (USCHG) has broken ground on 321 North with a multi-million-dollar renovation of the office building. The construction is the first phase of a $300 million transformation of the former Fashion Mall.
“This initial step in our project will create the best work environment for businesses in western Broward County,” said Mr. Wei Chen, CEO, US Capital Holdings LLC. “Our tenants will enjoy a richly appointed lobby, new elevators, state-of the-art technology, and secured, covered parking.”
“Unlike any other project in Broward County, the tenants and their employees will also benefit from an adjacent hotel, conference facility, on-site rental units and an upscale retail, entertainment environment,” he said.
The new appearance and functionality will upgrade the seven-story building to Class A standards, Mr. Chen said. The modernized office tower will be a new home for multinational, national, and regional corporations, professional firms and local businesses in the area.
USCHG received building permits in January from the City of Plantation to begin work on the 160,000-square-foot tower. The company has hired GHJ Construction Inc. as general contractor for project. GHJ is a subsidiary a subsidiary of Beijing Construction Engineering Group International Co. Ltd. (BCEGI).
BCEGI ranks 50th among construction contractors worldwide, according to the Engineering News-Record, with an estimated $5.5 billion in revenues in 2012. The company constructed the Olympic Green Convention Center for the 2008 Olympics and the Oriental Plaza in Beijing, a mixed-use project that has 1.4 million square feet of shopping space.
Construction will take place over the next 12 months, with occupancy planned for early 2015. The office tower is the first of five phases of 321 North’s development.  USCHG expects to submit its site plans to the city of Plantation in the first quarter of 2014. When completed in 2017, 321 North will offer the best in dining and entertainment, in combination with Class A residences and offices, Mr. Chen said.
CBRE has been retained as leasing agent for 321 North’s office building. 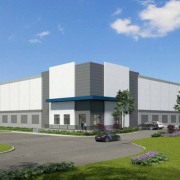