A San Francisco investor has acquired the Preferred Exchange Tower in Coral Springs for $12.6 million, a steep discount from the 2005 price paid for the office tower.
BB University Drive, a company tied to San Francisco-based investment and development firm Bristol Group, purchased the nearly 203,000-square-foot tower at 3111 North University Drive, according to Broward County records. The county recorded the transaction today. No financing was recorded.
The seller is 3111 North University Drive Holdings, managed by loan servicing giant CWCapital Asset Management. The CWCapital company took title to the six-acre property after a November 2012 foreclosure auction. A commercial mortgage-backed securities trust managed by U.S. Bank won the auction and turned over the deed to 3111 North three months later.
Bristol’s purchase price is about $21 million less than what a company managed by New York-based Cabot Investment Properties spent to acquire the tower in March 2005. The Cabot company was hit with a $24 million foreclosure action in April 2012.
The tower was originally built in 1985. John Bell of Rockwood Real Estate Advisors marketed the property on behalf of CWCapital. 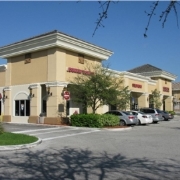 Another Prime Brickell Asset To Go On The Block