DTZ‘s South Florida team has successfully concluded a significant, five-year lease renewal and extension for the headquarters of Nightingale Nurses, LLC in the Amtec Center, located at 6401 Congress Avenue in Boca Raton.
Nightingale is a nationwide RN travel nurse staffing service that also has a West Coast office in California. Travel nursing is a concept that developed in response to the nursing shortage, where nurses travel to work in temporary nursing positions, mostly in healthcare facilities.
With its lease expiring, Nightingale engaged DTZ to explore its options and negotiate a new lease or a restructure its existing lease. Nightingale ultimately decided to restructure the lease for its regional headquarters with an advantageous lease renewal. Bob A. Schneiderman, SIOR, DTZ Executive Vice President and managing director for South Florida, represented the company in this lease restructuring transaction, which was the sixth transaction he handled on their behalf.

“For over ten years now, Bob has functioned as an integral part of our ongoing physical expansion process.  His skills and insight have been invaluable in executing our growth strategy,” said Nightingale COO Michael List.

“With office asking prices in the Boca Raton market rising in some cases by nearly 12 percent over the rates of a year ago, we are very pleased that we were able to accommodate Nightingale Nurses in negotiating a competitive transaction,” Schneiderman said. “The management and staff of the company are happy to avoid a move and remain where they want to be for the next five years,” he added.

Conveniently located in Boca Raton’s Arvida Park of Commerce, Amtec Center is a Class B office project of six one- and two-story buildings on 21.4 acres, with easy access to I-95 and the Florida Turnpike.
Jeff Kelly of CBRE represented the landlord, Catexor Limited Partnership, in the lease deal. 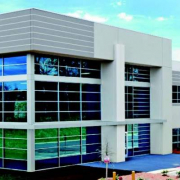 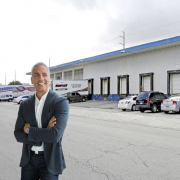