Avison Young’s Greg Martin, Principal with its Ft. Lauderdale office, was named 2014 NAIOP Office Broker of the Year.
During Avison Young’s first year in South Florida, and his first with the firm, Martin was able to successfully complete $80 million of leases totaling 669,868 square feet spanning 43 transactions.
2013 kicked off with strong activity at several buildings overseen by Martin on behalf of ownership that were in need of new tenancy to boost overall property value and operations. Significant transactions include the following:

“Greg Martin achieving such an astute honor is emblematic of our direction as a top performing commercial real estate firm,” said Pike Rowley, Principal and Managing Director with Avison Young overseeing Florida’s operations. “We have combined a progressive strategic platform with the brightest of minds in the industry to provide our clients with superior service. Greg Martin demonstrates this as shown by the number of deals, square footage and dollar volume he was able to accomplish in just one year.”
Martin started his Commercial Real estate career at CBRE in 1994 and after 20 years has maintained a reputation of true professionalism, hard work and cooperation as a leading landlord agency representative.  He and his team currently oversee the leasing of over 1.5 million square feet of office property and was recently hired to be the exclusive leasing agent for Pinnacle Office Park in the Cypress Creek submarket on behalf of Banyan Street Partners and DRA Advisors. As a Principal with Avison Young, Martin has also taken on the responsibility to help facilitate the growth of the new-to-Florida company and serve as a leader for the firm along with his other partners.
“I have achieved successes on behalf of clients on the foundational pillars of professional expertise and maintaining relationships,” said Martin. “Receiving NAIOP’s Office Broker of the Year award for the breadth of deals and total square footage I was able to accomplish is gratifying, but I’m more pleased to have effectively achieved the goals and requirements of our clients.” 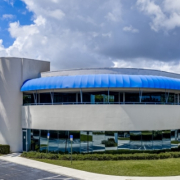