NAI Miami‘s Joseph Gallaher has been awarded ‘2016 Top 40 Under 40′ by the South Florida Business Journal.
This prestigious award honors the best and brightest young professionals in South Florida who have made waves both in the business world and the community.

“Joe is one of the most talented commercial real estate brokers at his age in South Florida and I am honored to be partnered with him” said Co-Founder Jeremy Larkin. “Over the past year, Joe has developed exponentially and has evolved as an exceptionally talented, thorough, detailed professional. He has elevated his game acquiring ten years of knowledge in the past two years since we partnered together.”

Professionally, Joe personally increased his revenue by 80% last year and his team is currently 20% ahead of revenues from this time in 2015. Joe was (and is) the lead point person for several clients including: AutoZone, Inc., where, last year, five transactions were completed valued at roughly $3.5 million; Progressive Insurance, where Joe lead the team in closing a large land sale valued at $7 million; Enterprise Truck Rentals, where Joe again lead the team in closing a large land lease valued at $1.4 million; and assisted in two large sales of office buildings – one in Hialeah valued at $4.7 million and one in the Dadeland area valued at $4.5 million.
Civically, Joe is the current Vice-Chairman of the Board of Chamber South, a Chamber of Commerce that supports South Miami, Kendall, Cutler Bay, Pinecrest, Palmetto Bay and the Greater South Dade County. Joe is slated to become Chairman of the Board on October 1, 2016 and has been very involved with Chamber South since joining in 2005. Five years ago, he created Chamber N-XT, a young professional group within the chamber that has become the committee with the highest growth and largest revenue generation for the organization through events such as their annual pub crawl in South Miami & Military Affairs Bowling Tournament. Joe also established an annual domino tournament within the Chamber 3 years ago, with proceeds benefiting various charities throughout the community.

“NAI Miami continues to demonstrate great commitment to the South Florida community, and we are very proud of their achievements and contributions,” said Melanie Dickinson, Publisher of the South Florida Business Journal. “They exemplify how local market leadership is driving growth in our community.” 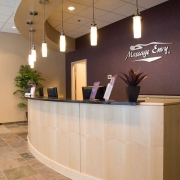 City of Miami Opts For New Representation For Marlins Garages 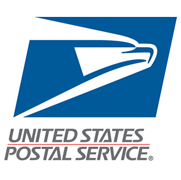