CP Group said this month that it plans to add a multifamily project, hotel, medical offices, a grocery store and retail to the campus but keep the existing office park, according to media reports.

DRA Advisors, through an affiliate, took out a $289.3 million mortgage from Bank of America, records show.

IBM originally developed the campus in the late 1960s as its North American Research and Development facility, according to the property’s website. The first personal computer was reportedly invented at the campus.

CP Group, formerly called Crocker Partners, bought the campus in 2018 in partnership with Rialto Capital Management for $179.3 million. The sprawling property was then renovated. 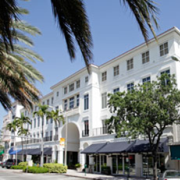 Will The Office Depot-Staples Merger Bring 625,000 SF Of Vacant Space To Boca?

Crocker Adds Another 476,000 SF To Portfolio