Stiles president Douglas Eagon confirmed that a national institutional investor has Fort Lauderdale’s Bank of America Tower at Las Olas City Centre under contract. Eagon declined further comment on the pending sale, but said he would be able to discuss the deals in about a month.
Stiles, which built the 408,000-square-foot Bank of America building at 401 Las Olas Blvd. in 2002, co-owns the property with majority owner San Francisco-based Shorenstein Realty Services. The Fort Lauderdale building, remodeled in 2005, is appraised at $84 million by the Broward County property appraiser.
Word of the transaction comes on the heels of the sale of Stiles’ downtown Miami high-profile building SunTrust International Center, which was reported by CRE-sources in the beginning of the month.
Boca Raton-based Crocker Partners contracted to buy SunTrust International Center in downtown Miami for a reported $80 million, or about $190 per square foot. 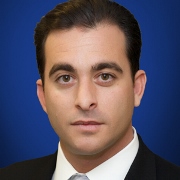