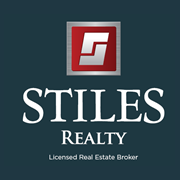 Stiles, a Fort Lauderdale-based full service real estate development firm established in 1951, announced new developments in the company’s leadership succession plan.
The company has appointed Ken Stiles Co-CEO, working alongside his father Chairman and CEO Terry Stiles.
Ken Stiles joined the company 11 years ago and most recently served as Executive Vice President, in which he managed ongoing communications with partners and worked directly with the investment team to identify new business opportunities.

At the same time, Scott MacLaren has been appointed President of Stiles. MacLaren, who joined Stiles in 1999 and most recently led the company’s growth efforts in North Carolina, succeeds former president Doug Eagon. Eagon, who has served with Stiles since 1981, has transitioned to Vice Chair of the company. In that capacity, Eagon will continue in his role while stepping back from the day-to-day operations of the company. He will work closely with the Board and MacLaren to ensure a smooth transition and implementation of Stiles’ long-term strategy.

“This was a major step forward in our succession plan, which we have been developing over the past decade and announced publicly last April,” said Terry Stiles, Chairman and CEO. “We have implemented a conservative growth strategy across the Southeast that is consistent with our goal in becoming a 100-year old company. Our senior management team is  deeply committed to our vision and business strategy and we are confident this plan will allow us to continue on that path and grow for decades to come.”

As part of the plan, Terry Stiles, who has been at the helm of the company for more than 45 years, will transition out of the Chief Executive role by mid-2017 and Ken Stiles will succeed as CEO. Terry Stiles will remain Board Chairman and continue to play an active role in the company’s overall strategic direction.

“To echo my father, I believe the diversity of our business structure combined with our core values is the key to our success,” said Ken Stiles. “I look forward to continuing on that course, leading alongside Terry, the executive team and Scott.”

MacLaren was promoted to President of Stiles North Carolina Operations just after the company made a formal push into the region approximately five years ago. In that position MacLaren was successful in growing the company’s footprint throughout the region with a business plan of developing retail shopping centers and other product types, including multi-family.

“Scott is a proven and effective leader,” commented Eagon. “Under his management, we achieved our expansion goals in North Carolina, which was an entirely new territory for Stiles and Scott, all while positioning our company for further growth throughout the Southeast. This was a true test of our abilities and Scott was integral to moving that initiative forward successfully. I have no doubt that both Ken and Scott will help Stiles to reach new heights.” 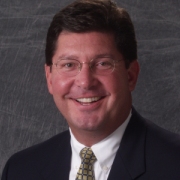