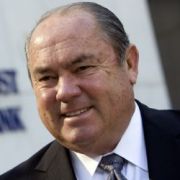 Stiles, a Fort Lauderdale-based full service real estate development firm established in 1951, announced today important developments in the company’s leadership succession plan.
The succession of two key roles, CEO and president, will occur within the next 24 months.
Under the plan, the roles of chairman and CEO will be separated. Chairman and CEO Terry Stiles, who has been at the helm of the company for nearly 45 years, will transition out of the chief executive role by mid-2017. His son Ken Stiles, currently the company’s executive vice president, will succeed as CEO. To ensure a smooth and effective transition, Terry Stiles will remain chairman and continue to play an active role in the company’s overall strategic direction.

In addition, in mid-2016, current president of Stiles Doug Eagon will transition into the role of vice chairman. Eagon has played a critical part in the company’s growth over the past several decades. He will be succeeded by Scott MacLaren, president of Stiles North Carolina Operations. As vice chairman, Eagon will remain actively involved in the company’s strategic business endeavors.

“The company has been developing this succession plan over the past decade,” said Terry Stiles. “This has included establishing a Board of Directors, Investment Review Committee, Executive Committee, key leadership transition plan, and the like. Ken and Scott are deeply committed to the vision and business strategy that has fueled our success over the years, and we are extremely confident this plan will solidify the leadership of the company for decades to come.”

“My father and Doug are two of the most respected business leaders of their generation,” said Ken Stiles. “I have had the benefit of growing up in this business, watching and learning from the very best in this industry. I am looking forward to leading the company alongside Scott and the rest of the executive team. Scott is not only a trusted partner and advisor, he is also an effective leader who has made highly valuable contributions to our organization.”

MacLaren joined Stiles in 1999. He was promoted to president of North Carolina Operations when the company made a formal push into the region approximately three years ago. In that position MacLaren focused his efforts on growing the company’s footprint throughout the area with a business plan of developing retail shopping centers and other product types, including multi-family. During his tenure at Stiles, MacLaren held roles of increasing responsibility in all aspects of development, sales, financing, acquisitions and asset management. He previously served as senior vice president of Stiles Real Estate Investments, where he pursued and successfully secured ground-up development projects.

“The success we have experienced in North Carolina is a testament to Scott’s quality leadership, sound strategies and ability to establish Stiles in uncharted territories,” commented Eagon. “Our entrance into North Carolina was driven by a strong relationship with Publix. As a brand new territory, this was a true test of our abilities. Scott was integral to moving that initiative forward and has succeeded in expanding our business platform beyond all expectations. His experience and knowledge of the real estate landscape in all of our core markets will augment our skilled leadership team and help the company to reach new heights.” 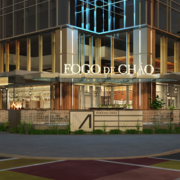 Another Downtown Miami Office Landmark Up For Sale 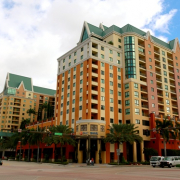