During the third quarter, Miami’s economy continued down the road to recovery, evading the slow-down typically experienced in anticipation of a major political election, according to Transwestern’s SOUTH FLORIDA OFFICE MARKET REPORT 3Q2012.
In fact, Miami is rebounding faster than most Florida economies thanks to its global linkages and brightened housing outlook. Additionally, August’s preliminary unemployment figures as reported by the Bureau of Labor Statistics of 9.4% are more than three percentage points lower than the market peak of 13.5% in 2010.
DOWNLOAD THE MIAMI OFFICE MARKET REPORT
Political uncertanities, however, are hampering leasing activity in Broward County, according to the report.
Broward County’s employment and office occupancy growth has seen steady improvement over the past three quarters. Although Broward’s unemployment rate of 8.1% has crept up over the past three months, it still remains 160 basis points lower than the previous year. With more than 168,000 square feet of occupancy gains achieved through the third quarter of the year, a sense of optimism has finally been restored in the Broward County office market where overall vacancy rates soared to more than 20% just nine months prior.
DOWNLOAD THE BROWARD OFFICE MARKET REPORT 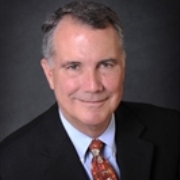