Parkway Properties has hired Transwestern to lease Courvoisier Centre, a 346,000-square-foot office building located on Brickell Key in Miami.
Parkway Properties bought the two-building Class A asset in early April for $146 million.
The complex’s address is 501 and 601 Brickell Key Drive on Brickell Key in Biscayne Bay. It is the sole office project on the island with amenities including banking facilities, a gourmet grocery store, dry cleaners and other retailers. In 2013, the center underwent a facelift that entailed upgrades to the lobbies, restrooms and corridors, as well as the addition of a new fitness center. The gated island community also includes luxury residential condos and a five-star Mandarin Oriental Hotel, according to the news release.
Transwestern’s Senior Vice President Eric Groffman and Senior Associate Josh Gibbons intend to lease and market the property on behalf of Parkway.
The buildings are currently 85 percent leased, with new deals in the works. Transwestern representatives expect to reach 90 percent occupancy in the near future, according to Groffman. Courvoisier Centre is currently home to multiple brand name firms, including Sony Pictures, Young and Rubicam Inc. and Turner Broadcasting, which uses part of its space to tape live daily shows for CNN.
“The property’s location is one of its strongest attributes. Situated on the beautiful, tropical Brickell Key, it’s right off Miami’s financial district and offers tenants magnificent views of both Biscayne Bay and the Miami Central Business District skyline,” Groffman stated. “We are looking to build upon the existing diverse tenant roster in the building and continue to attract firms in creative and entertainment industries, as well as financial services, law firms and international firms’ Latin American headquarters.”
Groffman appeared yesterday as a panelist at the CIASF Office Market Report event, where he stated that lease rates will be quoted in the range of $45 to $50 a square foot.
There’s a healthy increase in new demand in Miami’s office market, as well as expansion by the existing tenant base. With limited new office development on the horizon, the available supply is shrinking, creating upward movement on office rents, according to Groffman.
“We are very excited that we are able to acquire a first-class asset like Courvoisier Centre,” said Shirley Hall, vice president and managing director of Parkway Properties in the news release. “The quality of the assets, coupled with the extensive renovations and unobstructed views fit perfectly with our plan to expand the services and amenity base to attract those tenants seeking teh best experience for their business needs.”
Parkway Properties is a self-administered and self-managed REIT that specializes in the acquisition, ownership and management of office properties in higher-growth submarkets in the Sunbelt region of the U.S. Parkway owns/has an interest in 50 office properties located in eight states with an aggregate of approximately 17.6 million square feet. 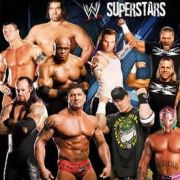 Colliers Enters The Ring With WWE