Two months after one of Miami’s veteran developers threatened to sue the Venezuelan government for back rent, the lawsuit has been dropped.
The Venezuelan Consulate at 1101 Brickell Ave. pulled out of Miami in February. After the consulate refused to pay January and February’s rent, Tibor Hollo, chairman and president of Florida East Coast Realty, said he was going to sue the Venezuelan government. Now, however, the consulate has resumed paying rent, Mr. Hollo said. “They are paid up-to-date and they said they are going to honor the lease,” Mr. Hollo said. “They said they were going to send the funds and indeed they did.”
Just a year after the consulate signed a ten-year lease, Venezuelan President Hugo Chavez announced in January that he would close Venezuela’s Miami diplomatic hub after Miami Consul General Livia Acosta Noguera was expelled from the US following an FBI investigation over allegations that she was involved in a potential cyber attack on the US government.
The Venezuelan Consulate occupies 7,940 square feet on the third floor at 1101 Brickell and pays in the upper $20s per square foot, said Brian Gale, managing director of Taylor & Mathis, the building leasing agent. Before signing the ten-year lease, he said, the consulate had been in the building about ten years prior.
Florida East Coast purchased 1101 Brickell, a two-tower office complex, from Lev Leviev’s Africa-Israel Properties and Boymelgreen Developers LLC in July 2009. Recent renovations and upgrades include updating ten elevator cabs with state-of-the art microprocessors, recirculating chilled water and adding new chillers to the air conditioners, new emergency elevations, and new efficient fixtures and bulbs.
Source: Miami Today 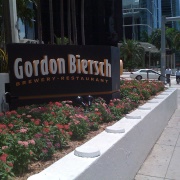