Flagler, abandoning plans to build a mixed-use project on 92 acres in Doral, is selling the land to Miami developer Pedro Martin for a planned residential community. Flagler’s undeveloped site is on Northwest 74th Street between 97th and 107th avenues.
The move comes as the city west of the Miami International Airport experiences a residential development boom.
Terra Group, led by Pedro Martin and his son, David, plans to build 274 single-family houses and a 390-unit garden-type community. David Martin said it is not clear whether the multifamily component will be for sale or rent at this point, but said “multifamily for rent and single-family homes are needed in the market.”
The project would also include 150,000 square feet of commercial buildings to serve the area’s residents.
Terra wants to amend the city’s Comprehensive Plan Future Land Use Map, which regulates Doral’s development, to change a portion of the parcel from industrial to high-density residential and business. It is also seeking to change other portions of the site from business to low-density residential. The Doral City Council plans to discuss Terra’s application Wednesday night.
During the boom years, Flagler obtained city approval to build 553,000 square feet of retail space, 200,000 square feet of office space, 160,000 square feet of industrial space, 250 hotel rooms and 282 residential units. But as the nation slid into recession, the mixed-use project was never built.
“Today, you don’t need to build offices in Doral as much retail,” said broker Steven Medwin. “So it makes sense to focus on building multifamily and single-family homes. There is a lot of momentum in that end of the business.” Medwin, of Jones Lang LaSalle, is not involved in the pending deal.
Flagler is owned by private equity funds managed by the New York-based investment management firm Fortress Investment Group.
Terra has Flagler’s site under contract. David Martin, citing a confidentiality agreement, wouldn’t comment on whether closing the deal hinged on obtaining city plan approvals. The deal could close later this year and construction could start in the second quarter of 2013, he said.
Terra has two residential projects under construction in Doral: Doral Cay, with 158 townhouses at the corner of Northwest 58th Street and 140th Avenue, and Vintage Estates, with a total of 169 homes east of Northwest 107th Avenue and 70th Street. The developer is also planning Doral Palms, which would have 300 homes, David Martin said.
Terra, which during the boom years built high-rise condos in downtown Miami and Downtown Dadeland in East Kendall, has become one of Doral’s most active developers. During the recession, the developer acquired land at distressed prices in anticipation of a market rebound, something that is already happening in communities like Doral.
In April, Martin and his son David competed with other developers at a public auction site to acquire 120 acres of prime land in Doral and in May, sold a site in Miami-Dade County’s Fontainbleau area for $22 million.
“Doral is strategically located to offer employment opportunities and quality of life at an affordability that is unique to Miami-Dade County,” David Martin said.
He said the area’s employment growth, the addition of city parks, good public schools and its proximity to the airport are several factors that persuaded his company to pursue the Doral market.
Doral has eight residential projects in the permitting stages or under construction, according to the city. They total 2,248 single-family homes, townhouses and apartments. Terra is behind two of those projects and other seasoned developers such as Miami-based Lennar Homes and Coral Gables’ Armando Codina are behind some of the others.
Doral is also seeing a construction boom of warehouses by deep-pocket real estate investment trusts. The new projects are being fueled by a growing appetite for industrial space by large tenants.
“The activity for industrial space is as high and active as I have seen it over the last five years,” said industrial real estate broker George Pino.
Some industrial brokers say rezoning industrial land for residential use will eventually limit opportunities to build industrial space west of the airport. “There’s still a fair amount of land left and a fair amount of supply left, but one day, we are going to be out of land,” said Pino, president of Doral-based State Street Realty.
Medwin said the rezoning would put a lot of “pressure on the supply and demand of industrial land” as 2014 approaches. That year, the industrial market could experience significant growth as the expansion of the Panama Canal is completed and larger cargo ships bring more goods to Miami.
Medwin said he isn’t surprised that Flagler is selling land that may not fit with the company’s new direction. Flagler is now trying to grow its logistics operation by developing the South Florida Logistics Center, a 400-acre intermodal complex adjacent to the Miami International Airport, according to the company.
Flagler recently sold for $340 million a 4.2 million-square-foot business and industrial park in Doral. Boston-based AEW Capital Management acquired Flagler Station in April.
Flagler still owns about 150 undeveloped acres at Flagler Station and plans to develop about 2.4 million square feet of warehouse space. 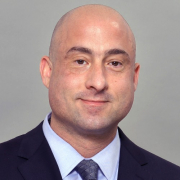