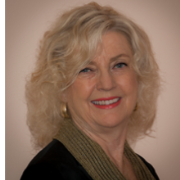 Shiver Entertainment, a new video game development firm led by industry veteran and former Zynga and EA Chief Operating Officer John Schappert, has leased 16,000 square feet on the second floor of The Offices at Sunset Place.
The lease marks one of the largest new-to-market tech firms to enter Miami in recent years.
The Shops at Sunset Place is jointly owned by an affiliate of Simon Property Group, Inc. and Institutional Mall Investors, LLC (IMI).
Jacque Huttoe of The Huttoe Group represented Shiver Entertainment.
Tere Blanca, Alison Pages and Alexander Cahlin of Blanca Commercial Real Estate, which serves as the exclusive leasing broker for the mixed-use property’s 100,000 square foot office component, The Offices at Sunset Place, represented the owners in the transaction.
Shiver Entertainment’s new space is located at the intersection of US-1 and Red Road (SW 57th Avenue), at the center of South Miami’s thriving downtown district – just a few steps from the University of Miami and the South Miami Metrorail Station. The company expects to hire approximately 60 employees in time for the grand opening of its new studio in late 2014.
“The Offices at Sunset Place is an ideal location for technology firms like Shiver Entertainment,” says Alison Pages, executive vice president of Blanca Commercial Real Estate. “Sunset Place’s retail, restaurant and entertainment offerings, along with South Miami’s varied price points for housing and proximity to public transit links and the University of Miami, make this a natural location for creative firms.”
Shiver Entertainment is backed by tech industry heavy-hitters John Schappert, Jason Andersen, and John Osvald. John Schappert serves as CEO and started his career as a programmer on hits like Madden NFL Football. He and Jason Andersen founded Tiburon Entertainment in 1994, which was acquired by Electronic Arts (EA) in 1998. After joining EA, Schappert served in various executive positions including Chief Operating Officer. He also served as Corporate Vice President at Microsoft, overseeing Xbox LIVE and Microsoft Game Studios. Most recently, he served as the Chief Operating Officer of Zynga.
“We’d like to help establish Miami as a tech hub for video game development and publishing,” says Schappert. “Miami is a wonderful place to live, work and play with great schools, affordable housing, and incredible weather. The unique and flexible space we will occupy in South Miami will inspire our creative teams while giving us plenty of room to grow.”
Jason Andersen co-founded Shiver Entertainment as Vice President of Technology. Previously, he founded Budcat Creations, which was acquired by Activision in 2008. He has worked on some of the industry’s largest franchises, including Guitar Hero, NHL Hockey, and Clay Fighter. Co-founder John Osvald, serves as Vice President of Production. Osvald was instrumental in the rise of Zynga, where he helped establish its data-driven product design methodology. He has worked on a variety of hit games including FarmVille, FrontierVille, and CastleVille.
The firm’s new space will be designed and built-out to suit Shiver Entertainment’s specific needs. G. Alvarez Studio’s Gigi Alvarez and Christian Vidal are designing the office, which will include meeting and quiet rooms, substantially high and exposed ceilings, open-plan areas, an arcade, and several fun, light-filled social areas.
“The aim is to create a distinctive style and character that is unique to Shiver’s relaxed way of approaching business,” says Alvarez.