According to an email, it appears as though William Holly and PointeGroup Advisors have bid each other adieu.
William Holly, who served as President of PointeGroup Advisors since October, 2012, is now serving as broker at Coral Gables-based Patton Real Estate, according to sources.
Previously, Holly served as Executive Managing Director at Cushman & Wakefield and spent 8 years as President and COO of Holly Real Estate.
Prior to that, Holly worked for Insignia/ESG where he founded the Miami office and grew the business faster than any competitive commercial real estate firm in South Florida during his tenure. Mr. Holly has also worked as a Director at Cushman & Wakefield and began his real estate career at Codina Bush Group.
Holly was honored earlier this year with the 2014 “Leasing Agent of the Year” Award by the Building Owners and Managers Association (BOMA) of Miami-Dade at its annual “The Outstanding Building of the Year” (TOBY) awards.
Holly has a broad range of expertise in the South Florida commercial real estate market including: leasing, with the number one market share of new class A developments in Miami in 2002 and 2003; sales, the largest land sale in Broward County in 2001 and the highest sale per square foot for an office building on Brickell Avenue in 2002; and tenant representation, South Florida Commercial Real Estate Deal of the Year in 2000. As a broker, he has consistently and successfully represented a variety of well-known, private and corporate clients, including: The Espirito Santo Group, Ugo Columbo, AON Risk Services, The Driscoll Family Trusts, Swire Properties, Ernst & Young, Fidelity Investments, and the Gardner Family Interests. 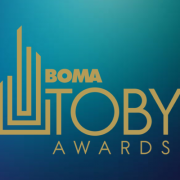