Downtown Miami’s tallest office tower, reportedly valued at nearly $500 million, is on the market.
J.P. Morgan Asset Management – Global Real Assets is listing the Southeast Financial Center, a 55-story, 1.3 million-square-foot tower at 200 South Biscayne Boulevard, according to published reports.
The iconic building, second in height only to the Four Seasons Miami, was developed in 1984 by Hines and designed by Skidmore, Owings & Merrill.
Commercial Real Estate Direct first reported that the property was up for sale in May, with Commercial Property Executive reporting that it could sell for more than half a billion dollars.
In May, the nearby Miami Tower sold for $220 million to Sumitomo Corporation of the Americas. The 47-story tower is the eighth-tallest in Miami.
The Southeast Financial Center includes a 15-story annex building with a David Barton gym and 1,200 parking spaces, and a 30,000-square-foot outdoor plaza.
The J.P. Morgan asset manager acquired a 50 percent interest in the Southeast Financial Center in 2007, when it was known as the Wachovia Financial Center. It bought out Macquarie Office Trust’s stake for $182.5 million in 2008, according to Commercial Property Executive, bringing the building’s value up to $385 million.
JLL’s Don Cartwright has handled office leasing for the building since 2009. Office tenants include Stroock & Stroock & Lavan LLP, Goldman, Sachs & Co., Merrill Lynch, and Morgan Stanley. 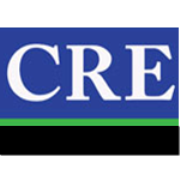