Infinity Commercial Real Estate closed more than 75,000 square feet in lease deals in the past 60 days, according to a press release.
Ted Konigsberg, SIOR represented the landlord in each of the following transactions:

Ted Konigsberg, SIOR, represented the landlord in each of the extension deals. 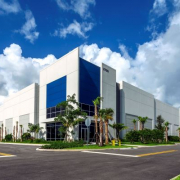