Terreno Realty Corporation (NYSE:TRNO) announced today a lease of approximately 302,000 square feet at its industrial building in Hialeah, Florida.
Banah International, a sugar producer that plans to hire nearly 300 employees during the next three years, has leased more than 300,000 square feet of space at 3325 NW 70th Avenue in Hialeah, an industrial property owned by Terreno Realty Corp.
Jose Juncadella, managing principal of Fairchild Partners, represented Terreno. Ernesto Casal, principal of The Casal Group, formerly Capital Commercial Group, brought the tenant to the table and represented Banah in the transaction.
The 11-year deal, valued at between $15 million and $20 million is one of top leases signed in 2011.
Just over one month ago, CRE-sources reported that Banah International was negotiating to move into a 150,000-square-foot warehouse near Miami International Airport.
The company needed more space after winning a contract to become one of several sugar suppliers to retail giant Wal-Mart Stores Inc. In addition to Wal-Mart, Banah is seeking contracts with several retail chains including CVS Caremark, Publix Super Markets Inc. and Winn-Dixie Stores Inc.
Banah was approved for incentives totaling $430,700 through the state’s Qualified Target Industry program. Its application stated it would create 292 jobs with an average salary of $45,834 over three years and invest $7.7 million in a new international headquarters.
The transaction marks a second sizeable deal in as many months for Terreno. The REIT signed a 166,000 square foot deal at its industrial building in Miami Lakes in December. 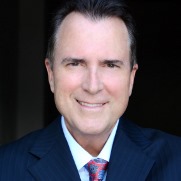 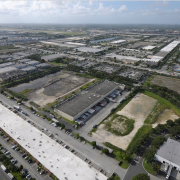